Thursday’s ad is for Schlitz, from 1968. This is at least the second ad I know about where Schlitz used the game Monopoly in one of their ads, which seems strange. I love how the card table really has nowhere to set down a beer glass without disrupting the game, not to mention how each of the four people is wearing a different couple, almost as if each of them was a playing piece, too. But best of all, the wife in green smirks as her husband in orange downs his glass of beer. The other man at the table, presumably the host, in red frowns with the knowledge that his wife in blue has just given him an errand to do, even though he’s already finished his beer, too. I predict they never finished this game. 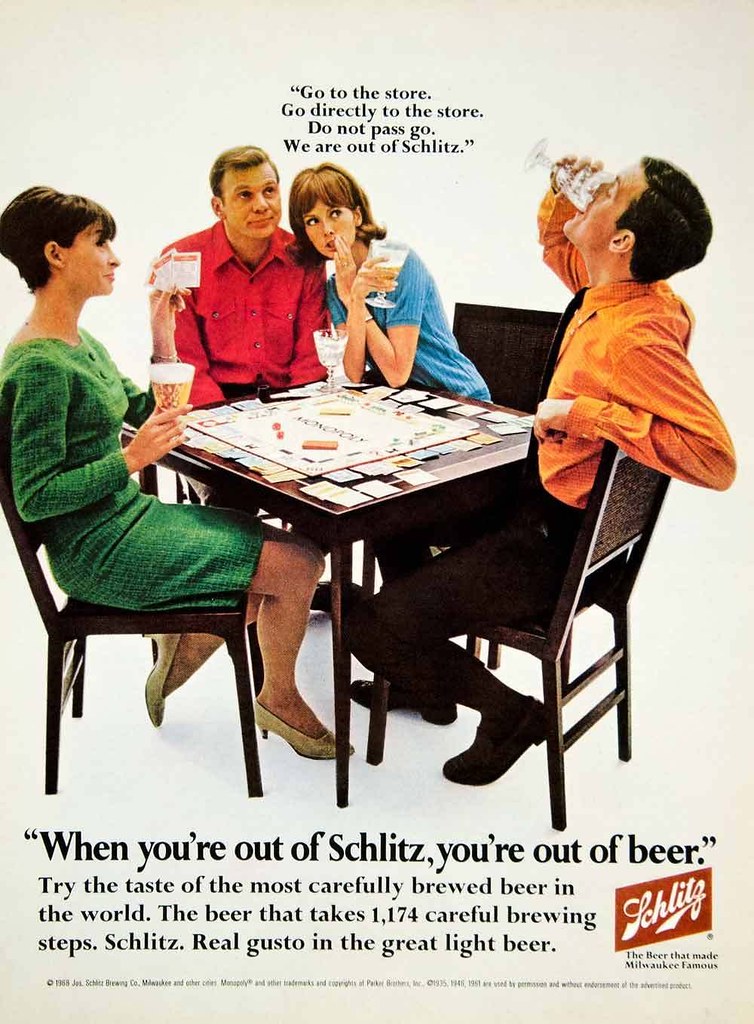