Friday’s ad is for Budweiser, from 1934. The idea is eight months after prohibition ended, orders were coming in once more for Budweiser from all over the world. The half-dozen stereotypes sitting on the globe in national garb, each raising their beers with a traditional toast, represent six nations or cultures. Curiously, the American toast is “Here’s How.” That’s not a toast I’ve ever heard here, or anywhere for that matter. 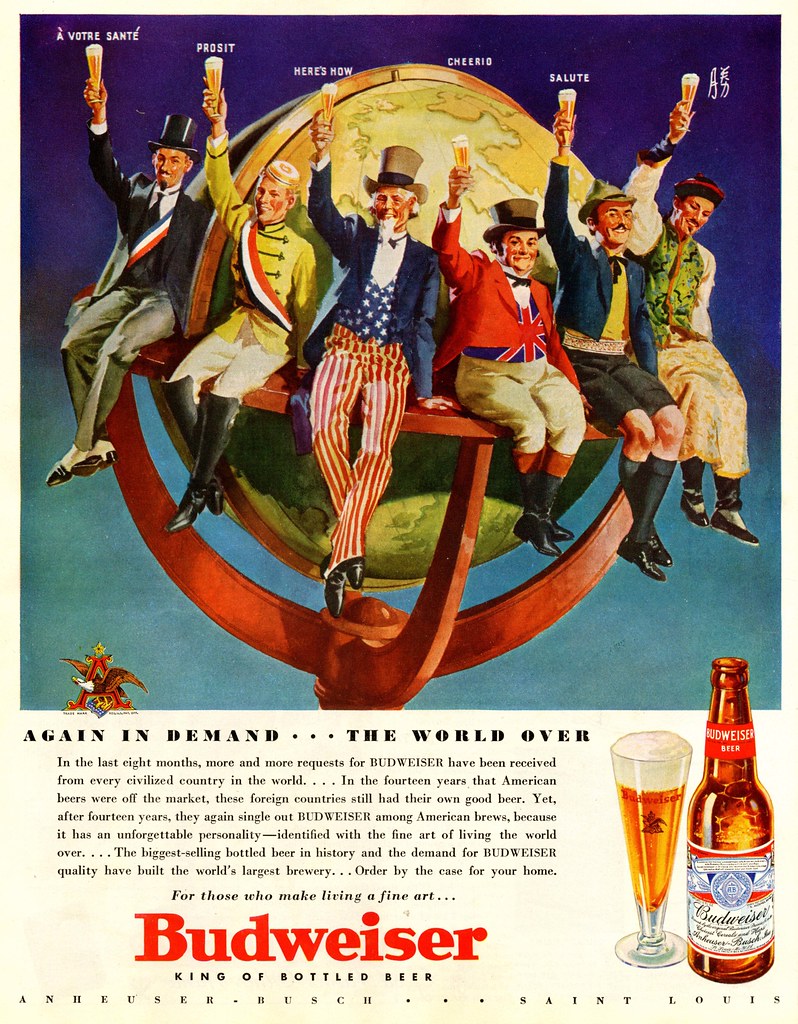