Thursday’s ad is for Zynda’s Bock, from who knows when. John Zynda operated a brewery in Detroit, Michigan, at least until he closed in 1947. Before prohibition, his brewery was known as the White Eagle Brewery, but during prohibition he went underground, literally, and kept brewing beer under the name, John Zynda & Sons Brewery. Here’s a story about they kept making bee through prohibition, from Found Michigan:

Trouble was brewing for Michigan beer companies—big and small—in the spring of 1917, when Michigan jump-started the Prohibition era with its own statewide ban on alcohol nearly three years before the 18th Amendment made drinking a national taboo. Just a handful of Michigan brewers would survive through to the end of Prohibition in 1933, and those that did had to get creative. Several of the bigger companies began making and promoting the still-legal canned hopped malt syrup (the key ingredient needed for homebrewing); Stroh’s turned to making ice cream; and Detroit beer tycoon John Zynda even took his operation underground—literally. In order to avoid the cops, he dug a tunnel from his bottling shop to a garage across the street, rolling the beer to safety a half barrel at a time. When a shipment was ready, he’d then send an empty delivery van away as a decoy, while the real thing made its way off to customers in a car waiting the next block over. Detroit brewers like Zynda, however, had an even harder time making a go of it as of 1927. That year, Canada ended its partial Prohibition, and many Detroit beer makers found it hard to compete once a legal draft at a Windsor saloon was just a boat ride away.

After prohibition ended, and they were legal once again, their name changed to the Zynda Brewing Co. When they brewed Zynda’s Bock, is something I wasn’t able to answer, and although it looks like it’s from the late 1800s, I can’t say for sure. 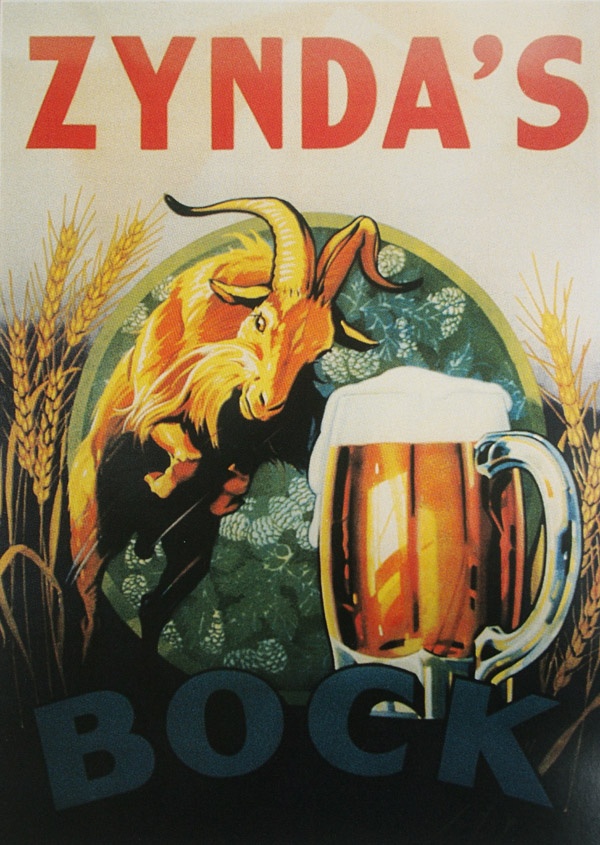