Wednesday’s ad is for Heineken’s Bierbrouwerij Maatschappij, which was established in 1873. A few years before, 1864, Gerard Adriaan Heineken bought the Haystack Brewery, later changing its name to HBM, which essentially means Heineken’s brewery or beer company. I suspect this ad is from the late 1800s, as it resembles ones from that time period. 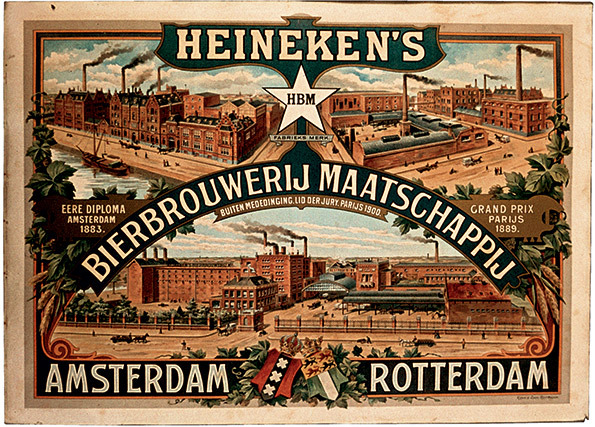