Monday’s ad is for Oland’s Export Ale, from 1966. The Oland Brewery was located in Halifax, Nova Scotia, Canada and their Export Ale was a popular brand in Eastern Canada after its introduction in the 1920s. The Oland family sold their brewery to Labatt’s in 1971. The Oland’s also founded Moosehead, which different members of the family still own and operate. The 1960s illustration in this ad looks great, though I’m not sure if it’s meant to appear as if it’s clear — presaging Zima — or that it brings more color to the woman’s cheeks, thereby increasing her attractiveness, even though she, technically, is the beer holder. 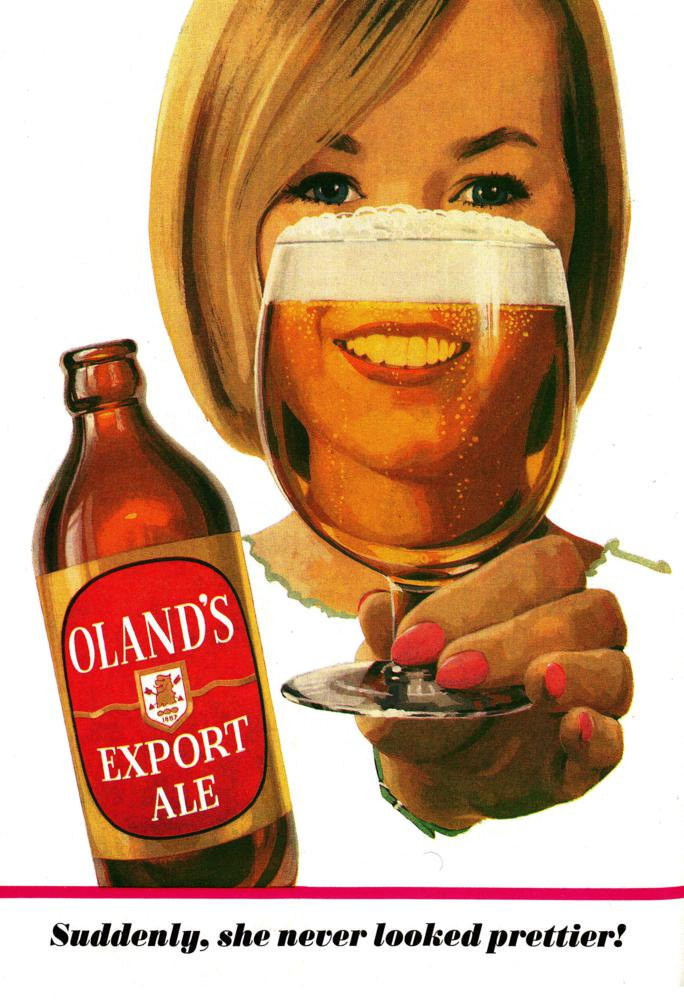