Thursday’s ad is for Budweiser, from 1970. It’s a bright garish ad — perfect for the 1970s — mostly reds. There are red walls, a red floor and a bit of white and just a little blue, enough to make it red, white and blue, as in the Budweiser logo. The piano is a Bud logo’d piano and the tagline is “Why do more beer drinkers sing the praises of Budweiser than any other brand?” That’s followed by a nice double entendre: “You’ll know why after a bar or two.” So there are bars where people drink and bars that people sing. I guess this is both, but where are the eight people who left their half-full mugs of beer (and one who hasn’t even touched his) on top? I think they were there for the singing, had one taste of the beer, and fled. 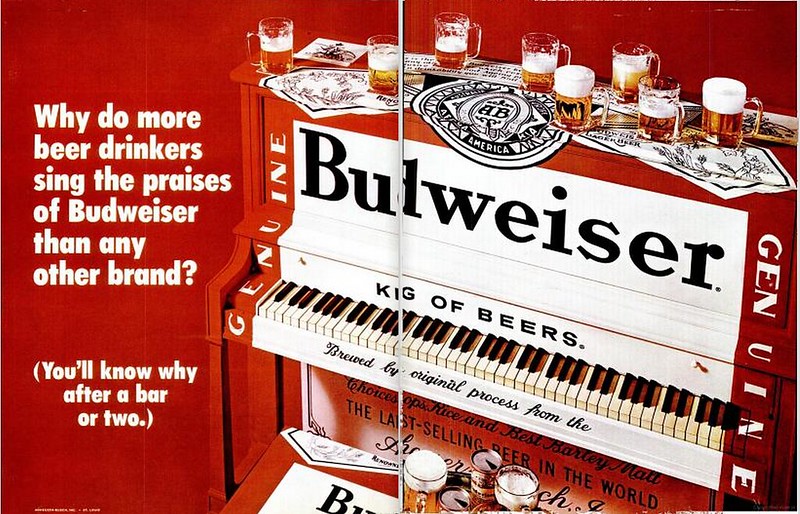