Saturday’s holiday ad is for Mac’s, from New Zealand. The ad is a fairly recent one, from 2014. Originally known as McCashins Brewery, for founder Terry McCashin, it was New Zealand’s first craft brewery when it opened in 1981. But almost everybody called it Mac’s, and that’s the name it goes by today, and for most of its existence. But the ad is pure genius, taking Mac’s distinctive bottle and having look like a dead beer ringer for the man in red. It almost makes me wish I had some in the cooler. 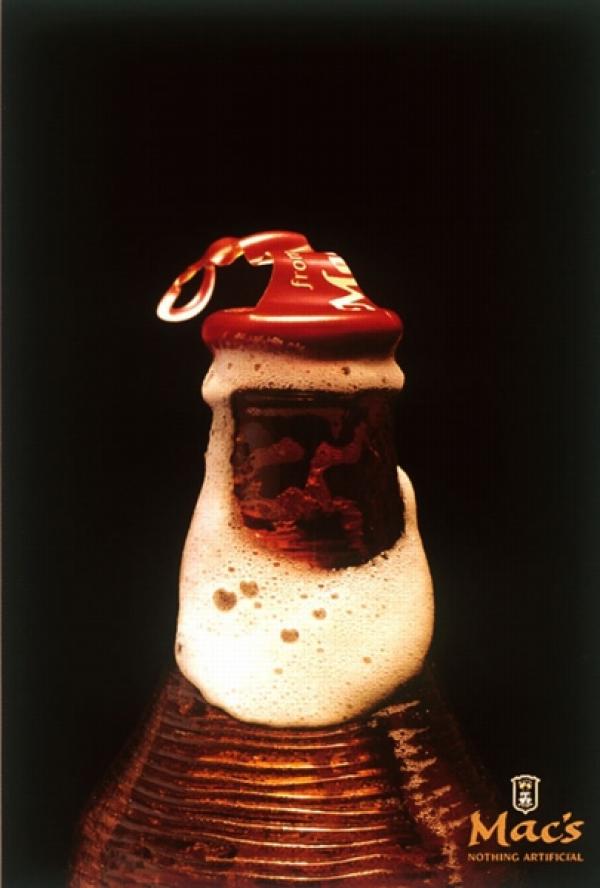