Monday’s ad is for Bock Beer, though it’s not clear who’s bock beer is being advertised. It is believed to be from around 1910 and was most likely created by the Northwestern Lithography Co. of Milwaukee, Wisconsin. One auction house with an original for sale describes the ad as the “scene of lovely young lady whispering something into the ear of a goat, while a second lady brings a tray of beer, with Bock Beer below.” Was goat whispering a thing in the 1910s? How do they know that’s what she’s doing? Though she does have her arm around the goat, like they’re out on a date. Why do goats always have beautiful girlfriends? 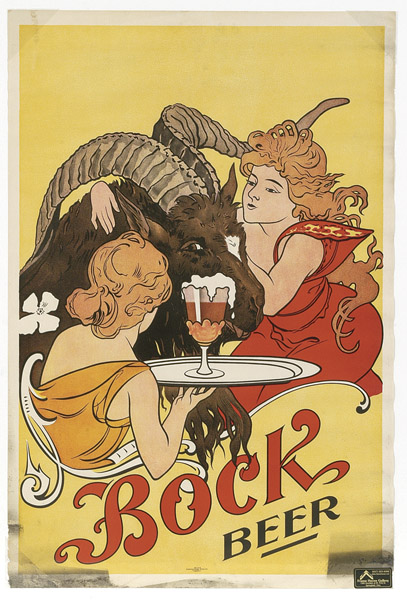