Sunday’s ad is for Bock Beer, again probably from around 1890s or thereabouts. In this one, a woman dressed as a Roman goddess is riding a goat through a field of barley and hops. She’s holding on to the handlebars with just one hand so she doesn’t spill the beer held in her other. So far so good, though I’d give her better odds if she wasn’t riding sidesaddle. But I guess at the time that wouldn’t be considered ladylike, or even goddesslike. 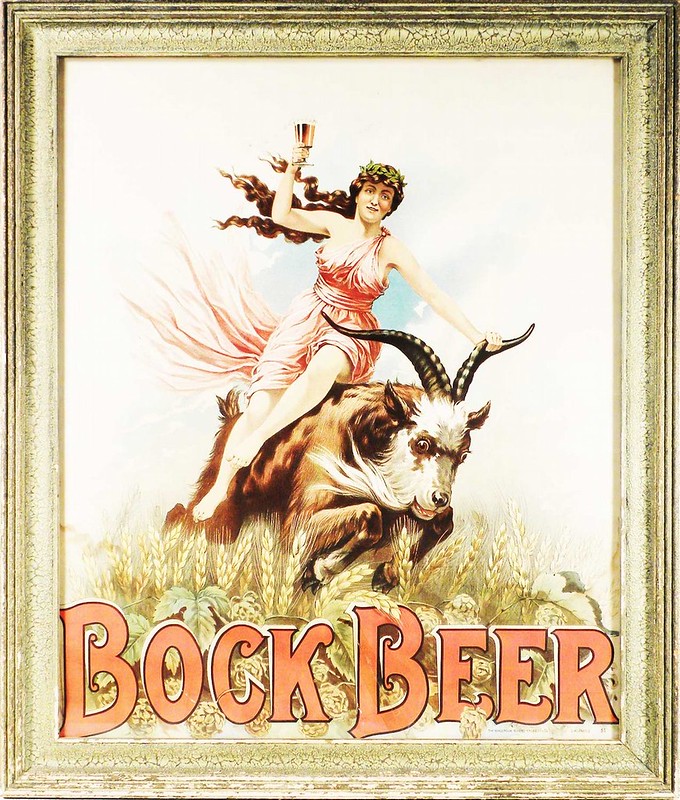