Tuesday’s ad is for Bock Beer, from before Prohibition. In this one, a group of goats are having a beer-furled outdoor carnival of sorts, with casks of bock, a goat band playing from a stage and front and center the personification of prohibition has been strung up from a tree and is being head-butted around in what appears to be some kind of game. There’s another goat in the foreground chewing on the daily newspaper, no doubt because it’s bringing news about prohibition. There’s a sign on the fence on the left that you can barely read. But what you can see is this: “Mr. Bock, Sherrif Barley County.” It signed by a judge and in the middle, written larger, it says “Yahoo Prohibition.” 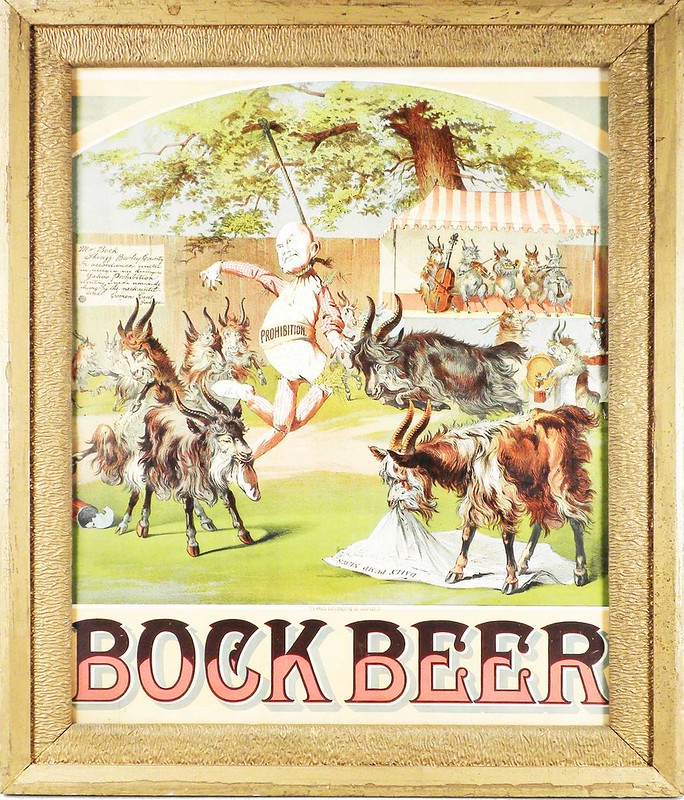