Tuesday’s ad is a pair for Bock Beer, again from who knows when. So it’s two separate Bock posters, apparently by the same artist. The on the left is simply a black goat, but the one on the right includes what I’ve been calling bock gnomes, though I don’t know exactly what they are or what they’re supposed to be. He looks happy, but then I don’t think he’s yet noticed that the brown goat behind him is drinking beer from his mug. Also, look at his left hand, which he’s holding in a very particular pattern. Thumb and index finger are touching, forming am “okay” circle, middle and ring fingers are raised and standing tall together, while the pinky is deliberately sticking out. Is that some early form of gang sign? What the hell is that? 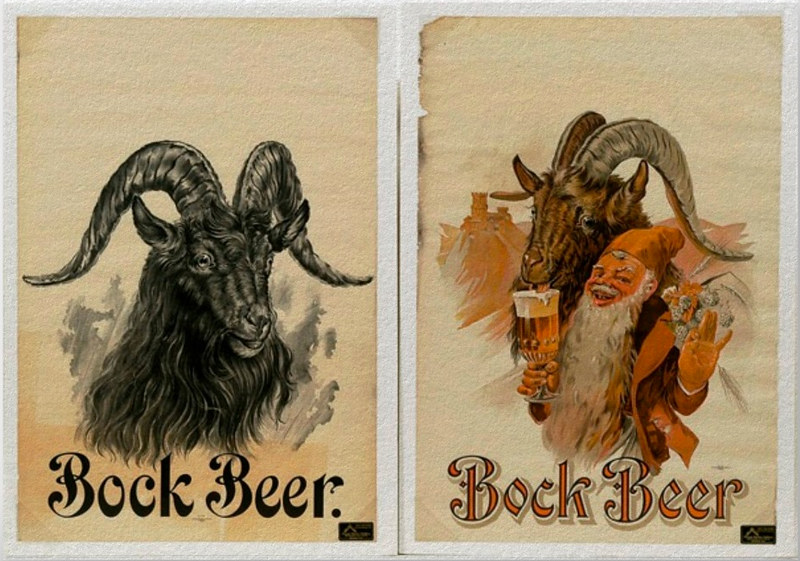