Wednesday’s ad is for Budweiser, from 1915, No. 3 in a series they did in 1914-15 called “Framers of the Constitution of the U.S.A.” The third one features Alexander Hamilton, and tells the story of Hamilton creating the Constitution, and his contributions to creating credit. And apparently he was also a fan of beer. “During Hamilton’s lifetime he used his great influence to encourage and protect the brewing industry. Among all the Fathers of the Republic none knew better than he that honestly-brewed barley-malt beers make for true temperance.” 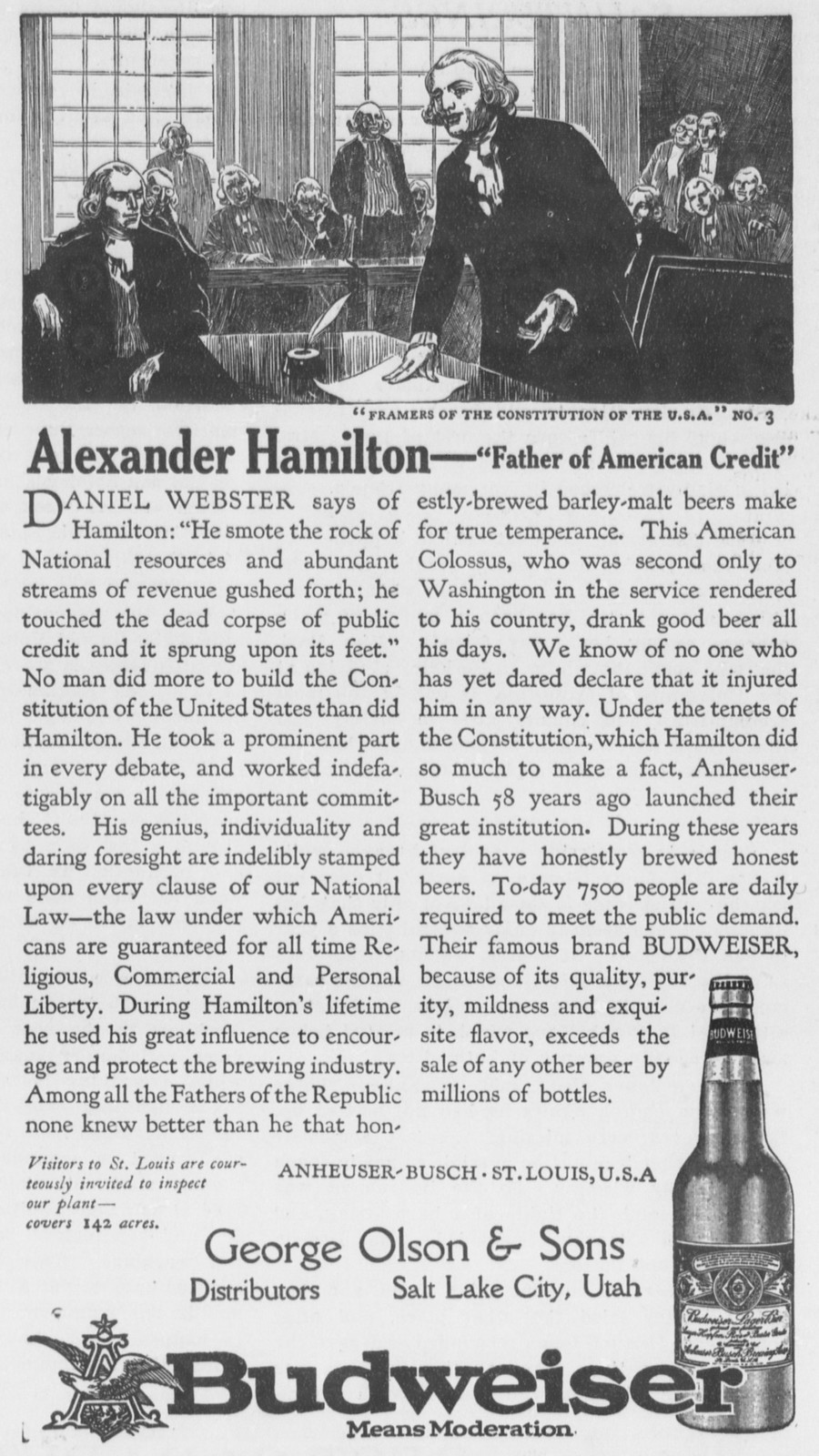