You are here: Home / Art & Beer / Beer In Ads #1816: Charles Carroll Of Carrollton — “Father Of Religious Liberty In America”

Tuesday’s ad is for Budweiser, from 1915, No. 9 in a series they did in 1914-15 called “Framers of the Constitution of the U.S.A.” The ninth one features Charles Carroll III, a.k.a. Charles Carroll of Carrollton, who was the only catholic to sign the Declaration of Independence, and was last remaining signator in 1832, when he finally died at age 95. His catholicism, apparently, made him a champion of religious liberty, and his hospitality “was nothing short of royal,” being “a lifetime user of light wines and barley brews.” 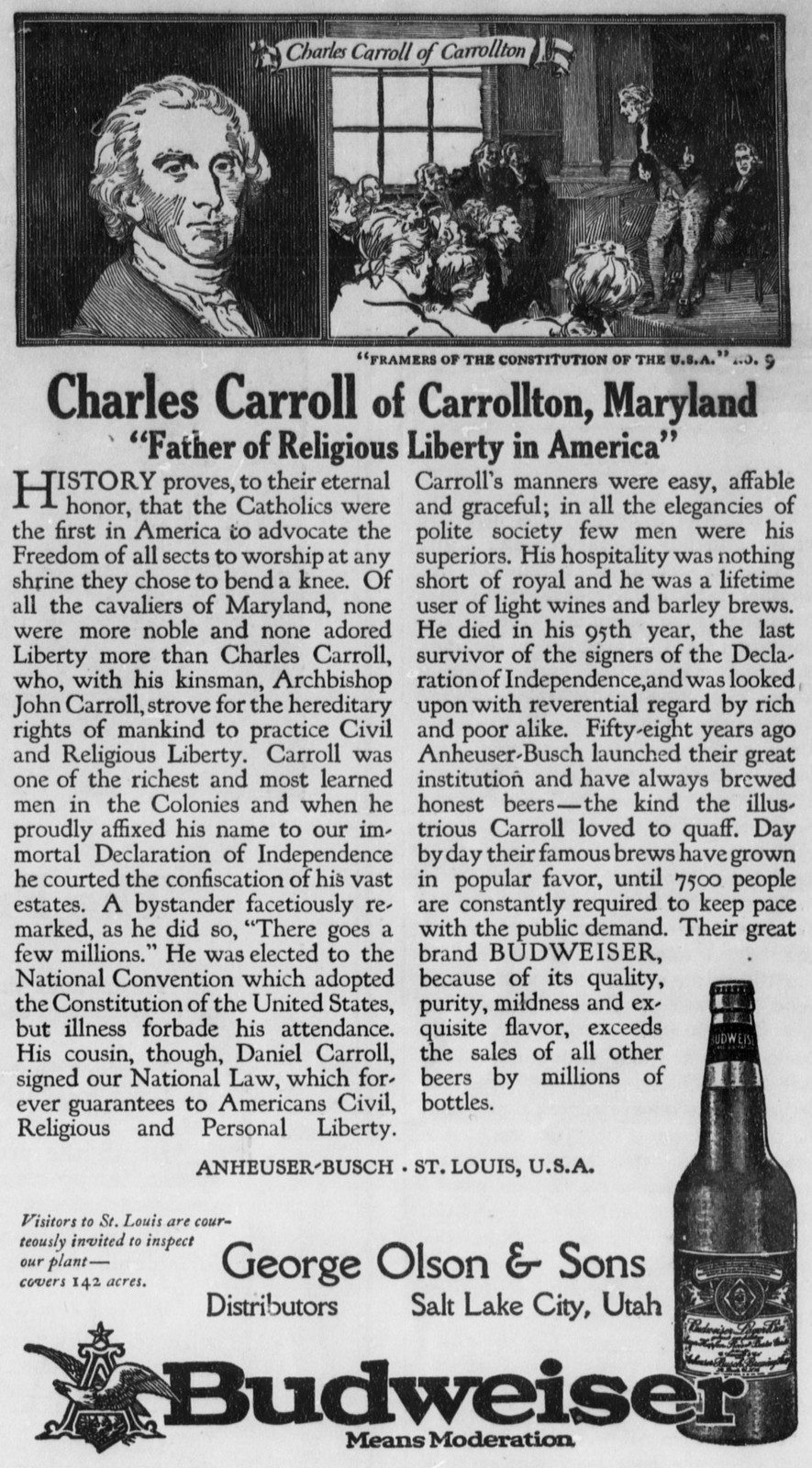