Thursday’s ad is for Pabst Blue Ribbon, from 1948. In the later 1940s, Pabst embarked on a series of ads with celebrity endorsements, photographing star actors, athletes, musicians and other famous people in their homes, enjoying Pabst Blue Ribbon beer. This one features the “Hero of Bataan, Defender of Corregidor,” Joseph M. Wainwright. He “was a career American army officer and the Commander of Allied forces in the Philippines at the time of their surrender to the Empire of Japan during World War II. Wainwright was a recipient of the Medal of Honor for his courageous leadership during the fall of the Philippines.”

In the ad, Wainwright is at “Fiddler’s Green,” holding a gun while “relaxing in the den of his Texas home.” On a tray in front of him, there’s two bottles of Pabst and two glasses. Another man, who appears to be talking to, has already started drinking his beer, or is at least holding it in his hand. If I were him, I’d be waiting until after Wainwright put down the gun to begin drinking. 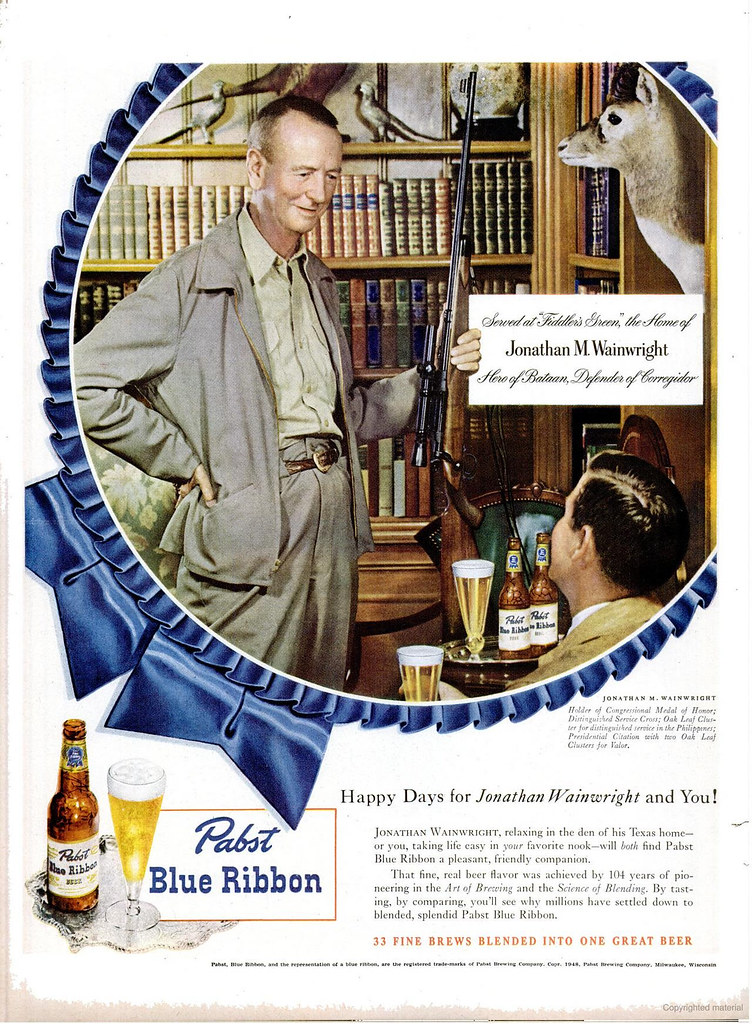