Thursday’s ad is for Heineken, from the 1970s. In the later 1970s, Heineken embarked on a series of ads with the tagline “Heineken Refreshes the Parts Other Beers Cannot Reach.” Many of the ads were in a sequential panel, or comic strip, format and they were intended to be humorous.

In this ad, a three-panel vertical format, the first panel shows a chubby, bespectacled man with a droopy mustache. After sipping some Heineken, his ‘stache is standing tall. Stiff as a board and ready for action. That must be why he’s smiling. 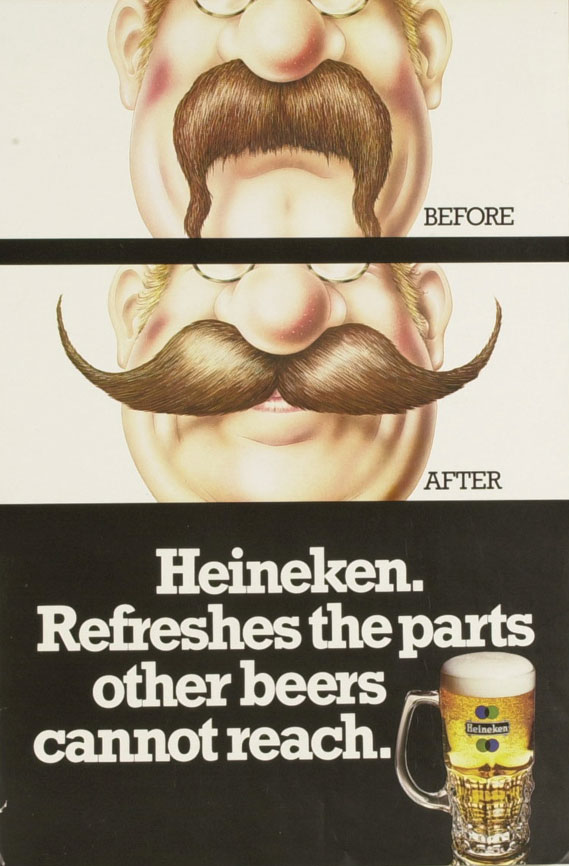