Friday’s ad is a trade ad, by the United States Brewing Industry Foundation, from 1939. After prohibition ended, the industry started doing PSA-type ads in an attempt to create goodwill for beer and brewers. They would later go on to do a fairly sophisticated series of ads between 1946 and 1956, known unofficially as Beer Belongs. Officially, they were “The Home Life in America” series, consisting of 120 ads, with a new ad running in major periodicals each month. Last year, for my Beer in Ads series, I featured every one of them. But in the years before that, the U.S. Brewing Industry Foundation (a precursor to the original Brewer’s Association) dabbled with a variety of similar ads promoting the industry as a whole. These were especially popular during World War 2, and in fact they even won an award from the government for some of these ads. Most of the ads were black and white, although a few were in color, though usually in a minimal way, with a few colors accented rather than being in full color.

In this ad, a companion to yesterday’s ad showing surprised man holding a “Bill For Taxes.” This ad is the bill itself. Paper-clipped to the bill is this: “In addition to paying more than 400 million dollars a year in taxes … Beer has made a million new jobs, since re-legalization. Beer also buys each year 3 million acres of farm crops … and pays a million dollars for them. 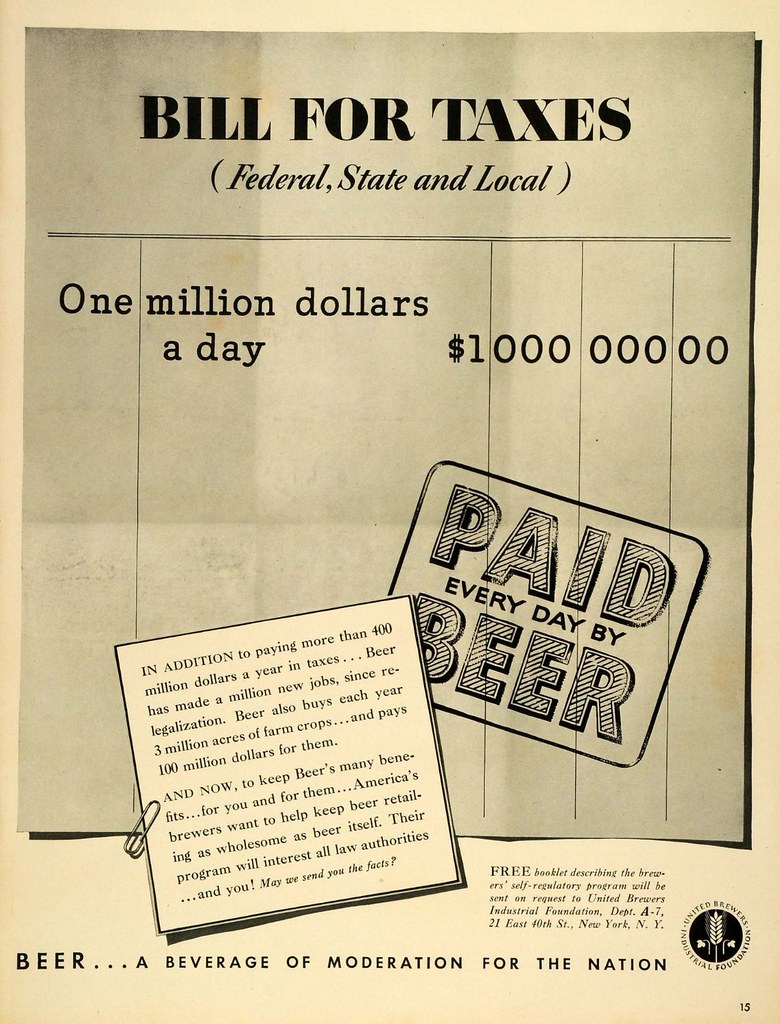