Wednesday’s ad is for Schlitz, from 1905. In the first decade of the 20th century, Schlitz Brewing, then one of the largest breweries in the U.S. after the industry had shrunk from over 4,000 to around 1,500 in just 25 or so years, did a series of primarily text ads, with various themes. In this ad, Schlitz states that their beer “is unequaled — even in the old world brews.” That’s followed up by this curious statement. “Then we double the necessary cost of our brewing to attain absolute purity.” That seems like a bad business decision. That must be what the bean counters decided needed to be overcompensated, when they told the brewers to start cutting corners, the decision that sank the company. 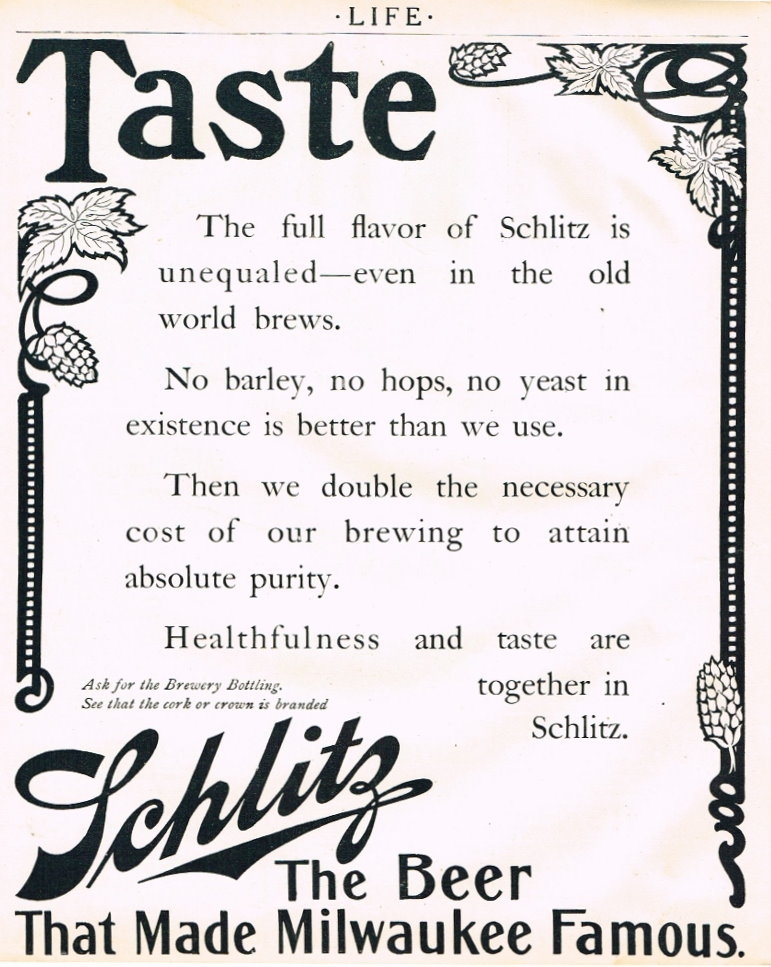