Saturday’s ad is for Carling’s Red Cap Ale, from 1950. In this ad, part of a series featuring well-known celebrities of the day and the tagline “I’ve found out,” it features “American professional golfer” Cary Middlecoff holding a beer and giving his testimonial about why he loves Red Cap Ale. “His 40 Tour wins place him tenth all-time, and he won three major championships. Middlecoff graduated as a dentist, (and his nickname was “Doc”) but gave up his practice at age 26 to become a full-time Tour golfer.” 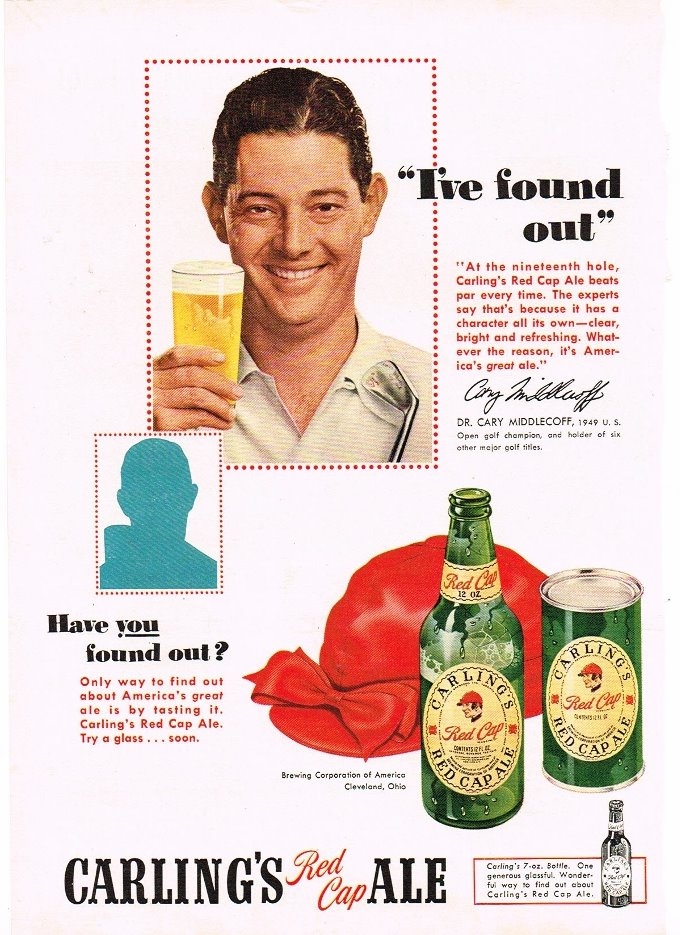