Tuesday’s ad is for Carling’s Red Cap Ale, from 1960. In this ad, showing an iron gate with a red cap, along with a mug of beer and a bottle of Red Cap Ale. But it’s again the tagline that stands out: “How to Win Friends and Affluent People.” I’m not even quite sure what they mean by that. It’s similar to Dale Carnegie’s “How to Win Friends and Influence People,” but changes the last part to “affluent.” The text offers no answers, so it’s not really clear what they were after. 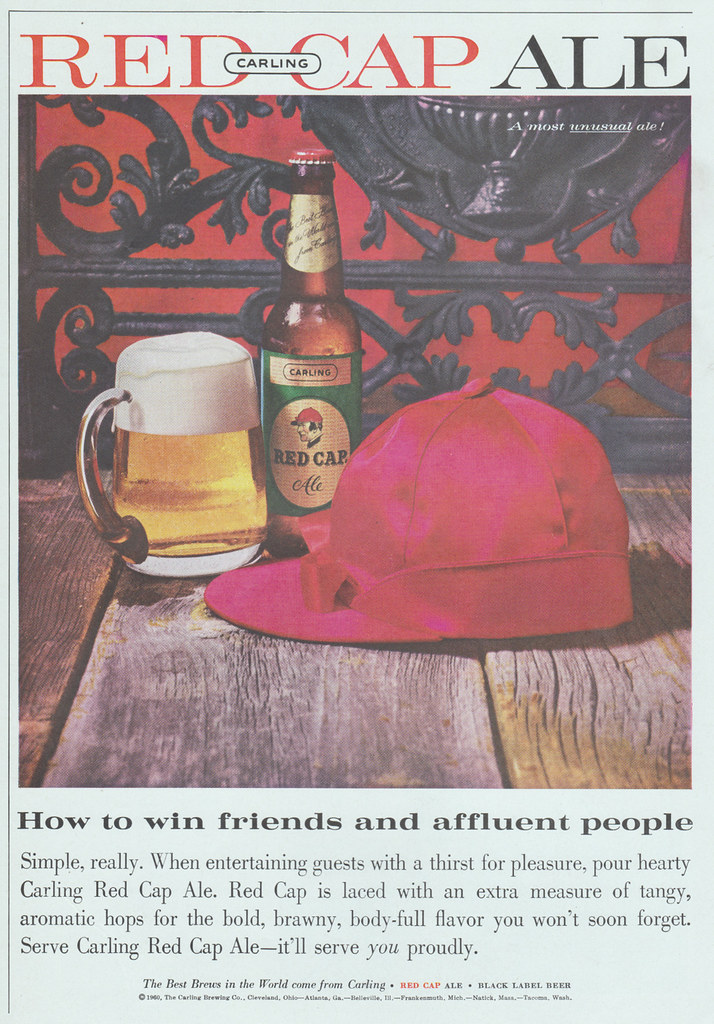