Tuesday’s ad is by the Brewing Industry Foundation, from 1943, part of a series of ads the beer industry undertook during World War 2 under the title “Morale is a Lot of Little Things.” It was one of the first concerted efforts by the brewing industry after they were getting back on their feet after prohibition finally ended around a decade before. The series tried to show support for the troops and help with morale at home. And it must have worked, because the campaign won awards at the time. In this ad, Mr. Howard is gloomy but his wife, Mrs. Howard, has a simple cure. She turns on his favorite radio show and his grumps are cured. It’s one of those “little things” that can “build morale,” like “their right to enjoy a refreshing glass of beer.” 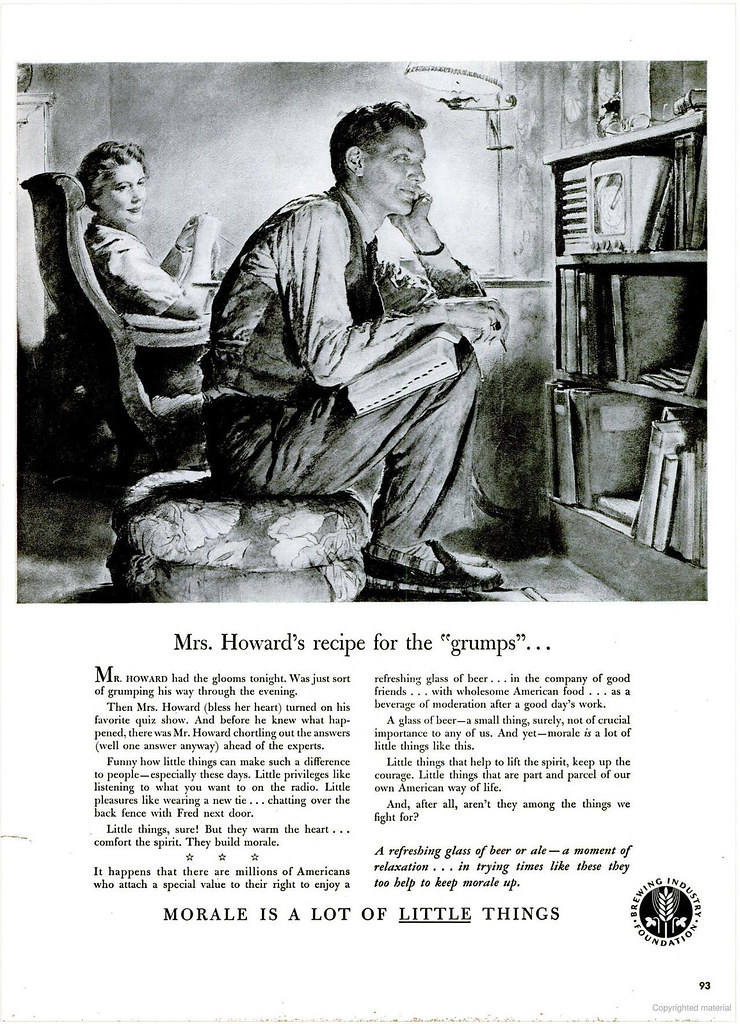