Monday’s ad is by the Brewing Industry Foundation, from 1945, part of a series of ads the beer industry undertook just as World War 2 was ending, after their “Morale is a Lot of Little Things” series. They were also a precursor to the “Home Life in America” series that was numbered (and which I’ve featured before), and very similar. Each ad featured an original illustration or work of art by prominent artists of the time, along with the first use of the “Beer Belongs…enjoy it!” tagline. It’s also when the UBIF started using “America’s Beverage of Moderation” in their advertising.

In this ad, entitled “Thanksgiving Dinner,” the scene shows the start of a family’s Thanksgiving dinner, with the turkey and all the fixin’s, including beer. The painting was done by Andrée Rouellan, who was an “American artist whose realist work has modernist overtones and commonly depicts everyday scenes in American South and New York City” from New York. 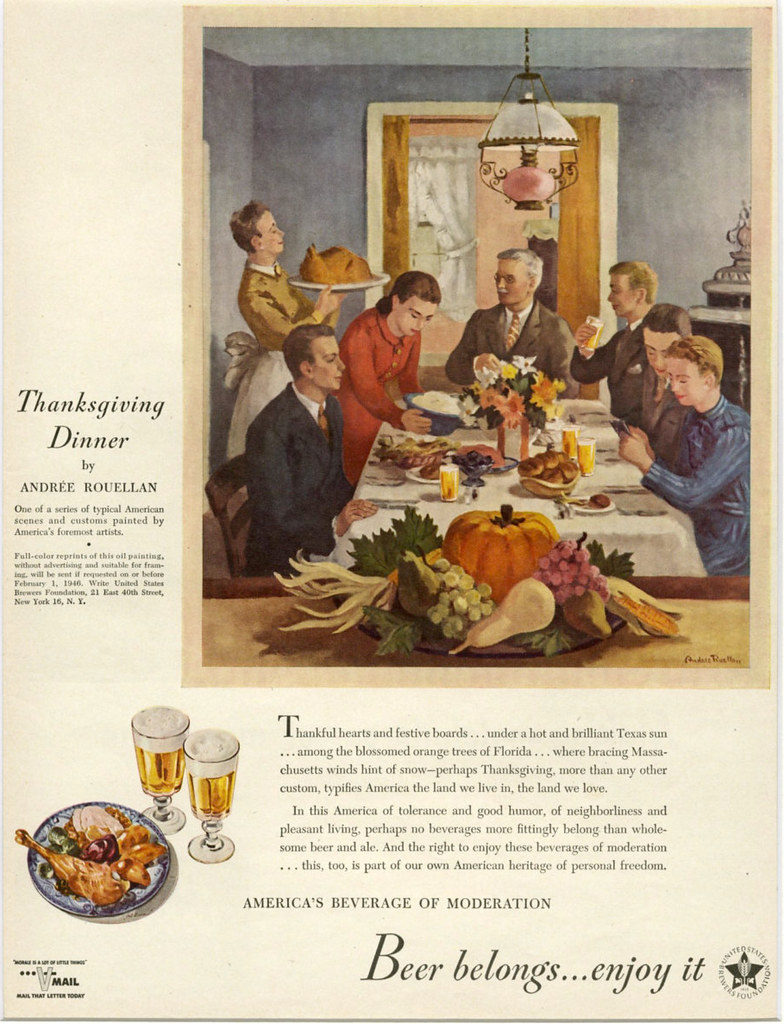