Wednesday’s ad is from Pabst, from 1905. Many brewers made other related products besides beer, notably malt extract, to be used primarily in cooking as an ingredient in breads and desserts and even as a tonic. According to Briess, which still offers it today. “What is Malt Extract? Malt can be further processed to produce liquid or dried sweeteners called Malt Extracts.” They were essentially “the original starch- or grain-based sweetener.” Many brewers survived prohibition making malt extract, both for legal uses and for homebrewing, but Pabst was making and advertising decades before. In this ad, apparently they’re warning of the dangers of not regularly drinking Pabst Malt Extract. Otherwise you might end up as a cat lady. 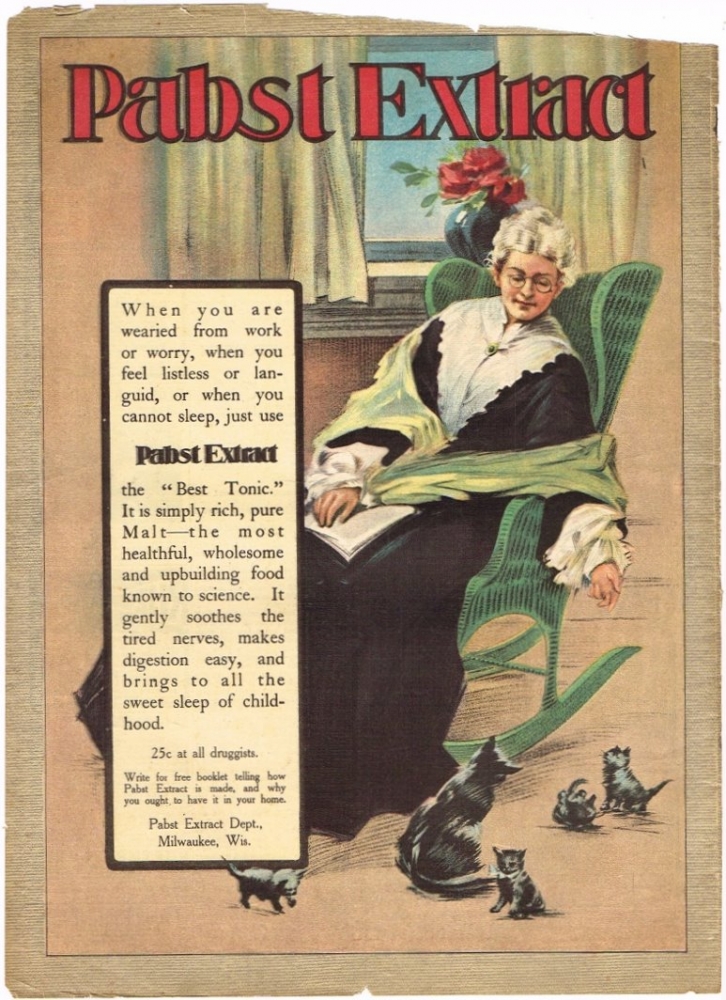