Tuesday’s ad is for Pabst Blue Ribbon, from 1951. Starting in the early 1950s, Pabst started a new ad campaign with the tagline “What’ll You Have” which lasted for a few years. They were colorful ads, and often had the tagline spelled out in creative ways. In this ad, “What’ll You Have” is written on blue ribbons, though in this case the ribbons appear to be for the three puppies on the chair. They must have won those at a dog show. On the table next to the chair is a tray with two glasses and bottles of PBR. I guess one of the dogs will have to share. 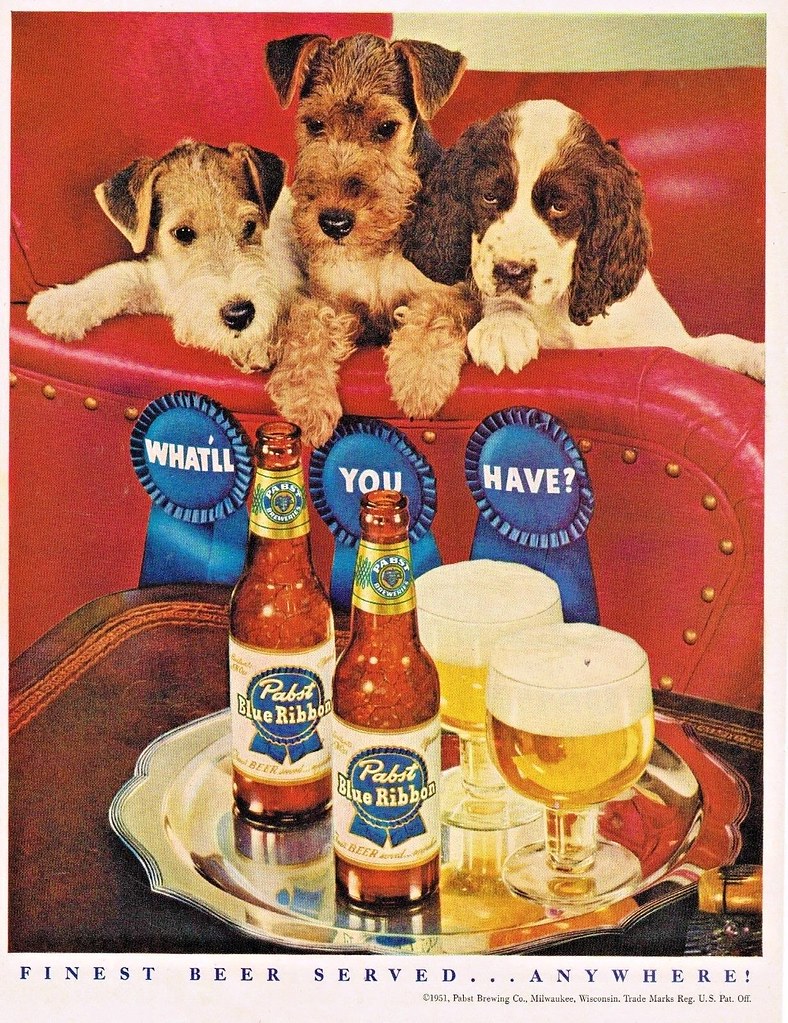