Saturday’s ad is for Pabst Blue Ribbon, from 1953. Starting in the early 1950s, Pabst started a new ad campaign with the tagline “What’ll You Have” which lasted for a few years. They were colorful ads, and often had the tagline spelled out in creative ways. In this ad, “What’ll You Have” is written on the television screen while the two people watching the TV are pouring themselves a glass of Pabst. 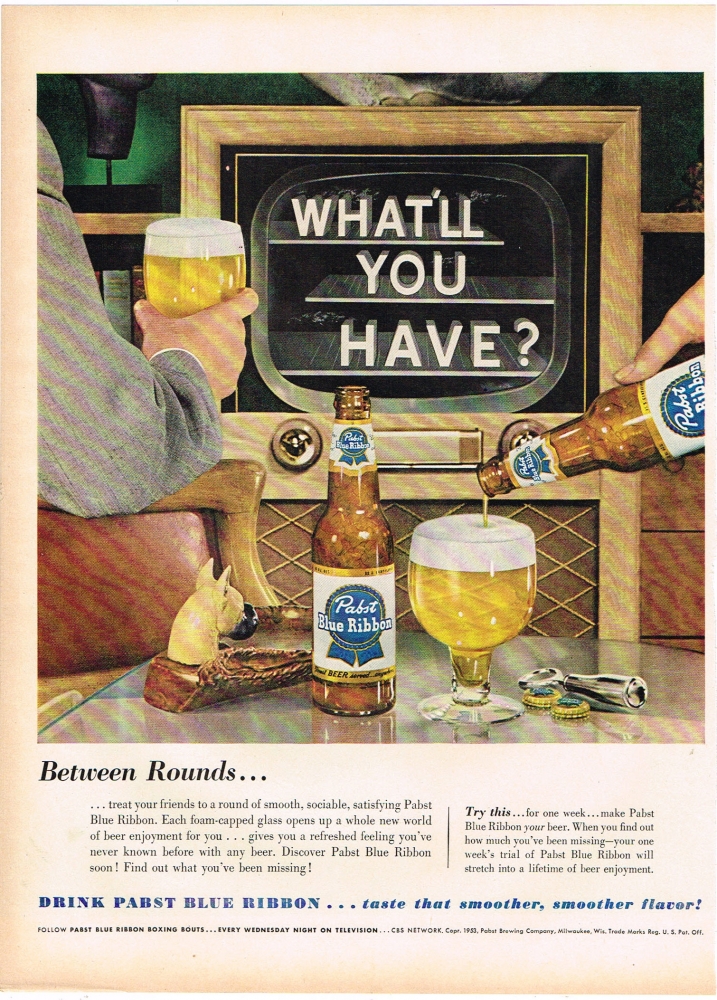