Friday’s ad is for Michelob, one of the brands created by Anheuser-Busch as a draft-only beer in 1896. It was first packaged in 1961, and its distinctive teardrop bottle won a design award the following year. But that was replaced in 1967 “for efficiency in the production line,” but reverted to a traditional bottle in 2002. This ad is from 1967, and features the same photo from yesterday’s of a full mug of beer, a half-full bottle, and a shiny keg, too. In service to the tagline “In Beer, Going First Class Is Michelob. Period,” the headline of ad asks. “Does It Cost A Little More To Go First Class?” You won’t be surprised to learn the answer is “Yes.” 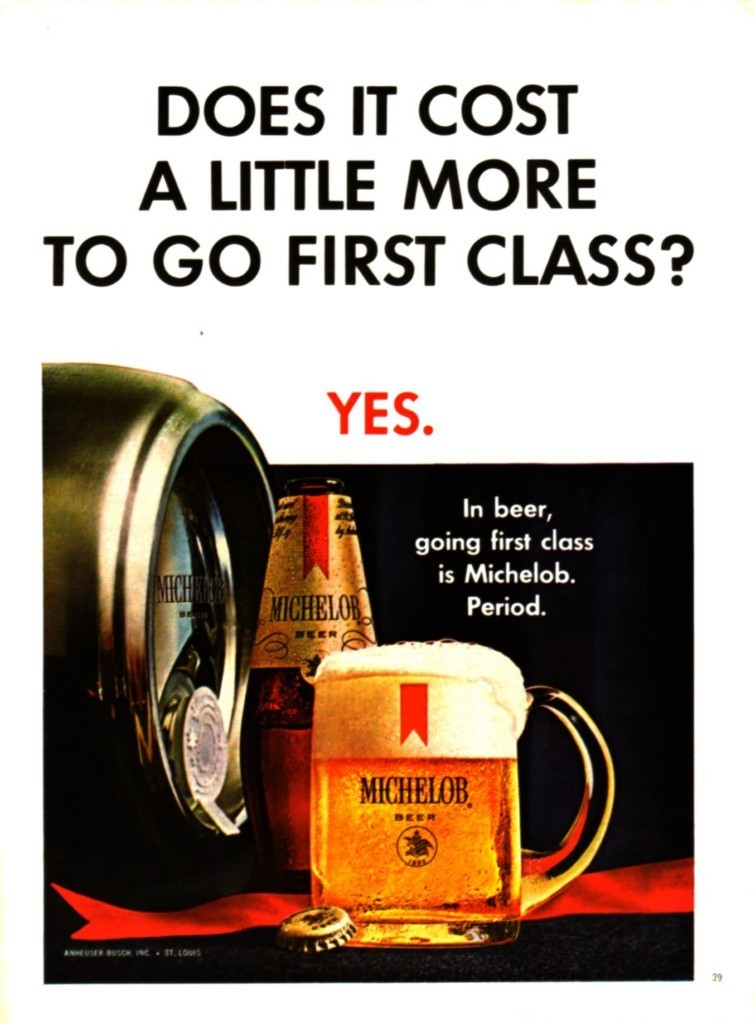