You are here: Home / Art & Beer / Beer In Ads #2748: Dedicated To The Proposition That All Beers Are Not Created Equal

Thursday’s ad is for Michelob, one of the brands created by Anheuser-Busch as a draft-only beer in 1896. It was first packaged in 1961, and its distinctive teardrop bottle won a design award the following year. But that was replaced in 1967 “for efficiency in the production line,” but reverted to a traditional bottle in 2002. This ad is from 1969, and features a mug of beer and a half-empty bottle sitting a parchment that’s meant to resemble the Declaration of Independence, only in this case it’s “Dedicated to the proposition that all beers are not created equal.” And, of course, at the bottom of the ad, is the tagline “In Beer, Going First Class Is Michelob. Period.” 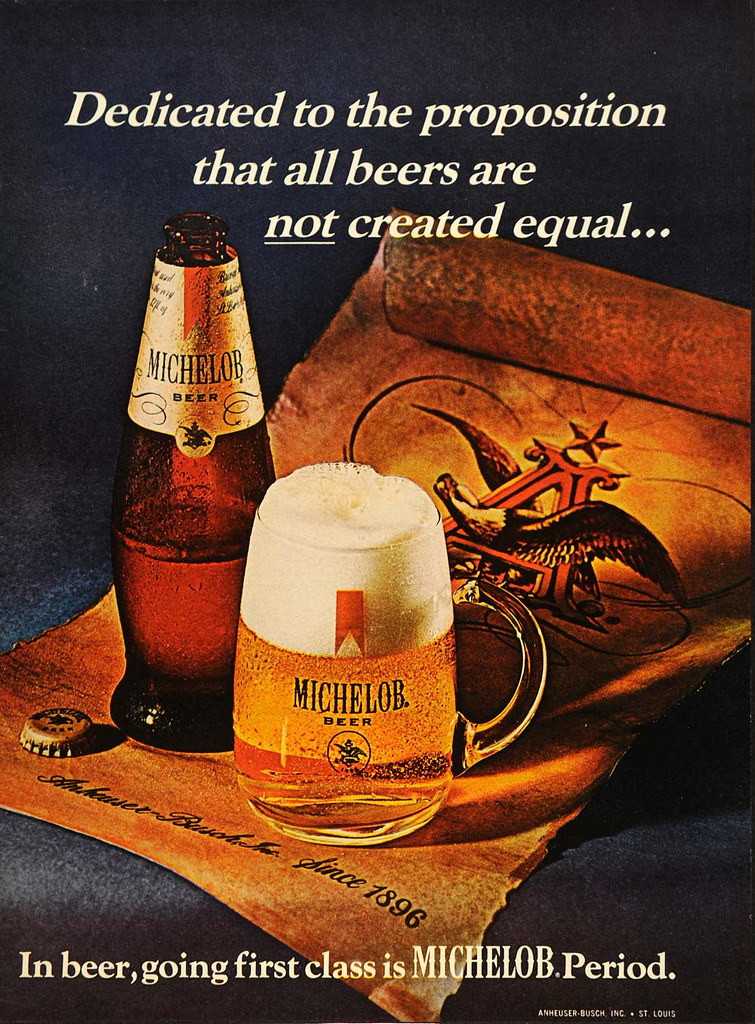