Thursday’s ad is for Schaefer Beer, “first produced in New York City during 1842 by the F. & M. Schaefer Brewing Company.” This ad, from 1947, features actress Carole Landis saying Schaefer was the “Finest Beer I Ever Tasted.” “Her breakthrough role was as the female lead in the 1940 film One Million B.C., with United Artists. Landis was known as ‘The Ping Girl’ and ‘The Chest’ because of her curvy figure.” If you’ve never heard of her, it’s probably because she “committed suicide on July 5, 1948, at the age of 29.” 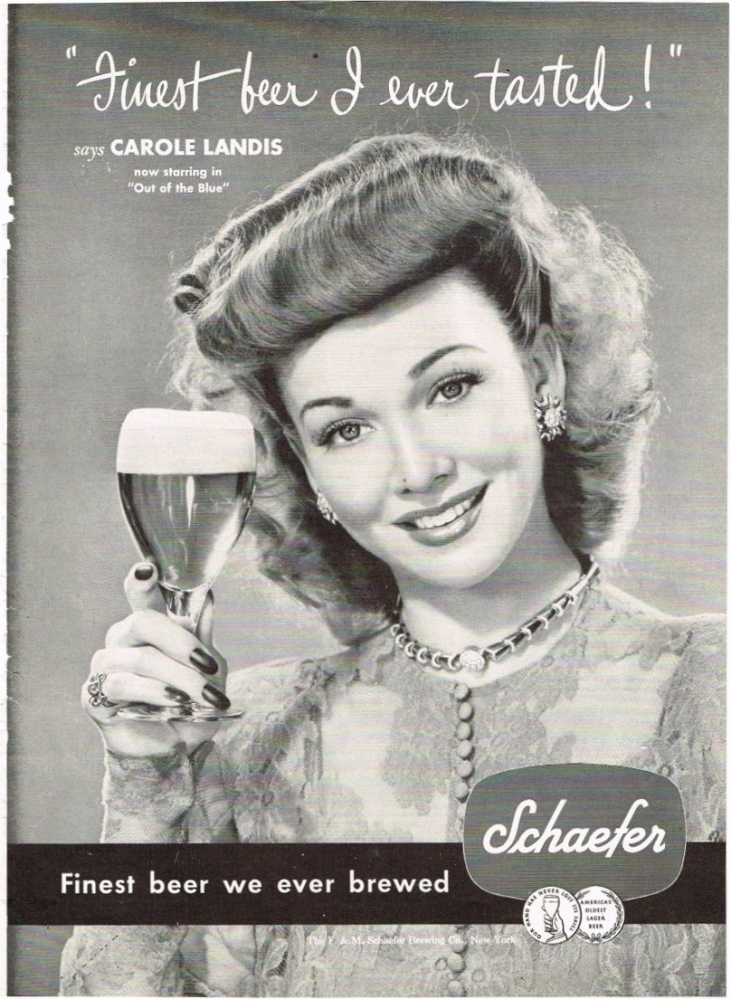