Sunday’s ad is for Schaefer Beer, “first produced in New York City during 1842 by the F. & M. Schaefer Brewing Company.” This ad, from 1949, features a bottle of beer high up in the air, with shadows of bottles below, as if it’s been thrown into the sky like the bone in the beginning of “2001: A Space Odyssey.” It also kind of resembles a Magritte painting, at least with the clouds. Not sure about “Pale Dry,” though. 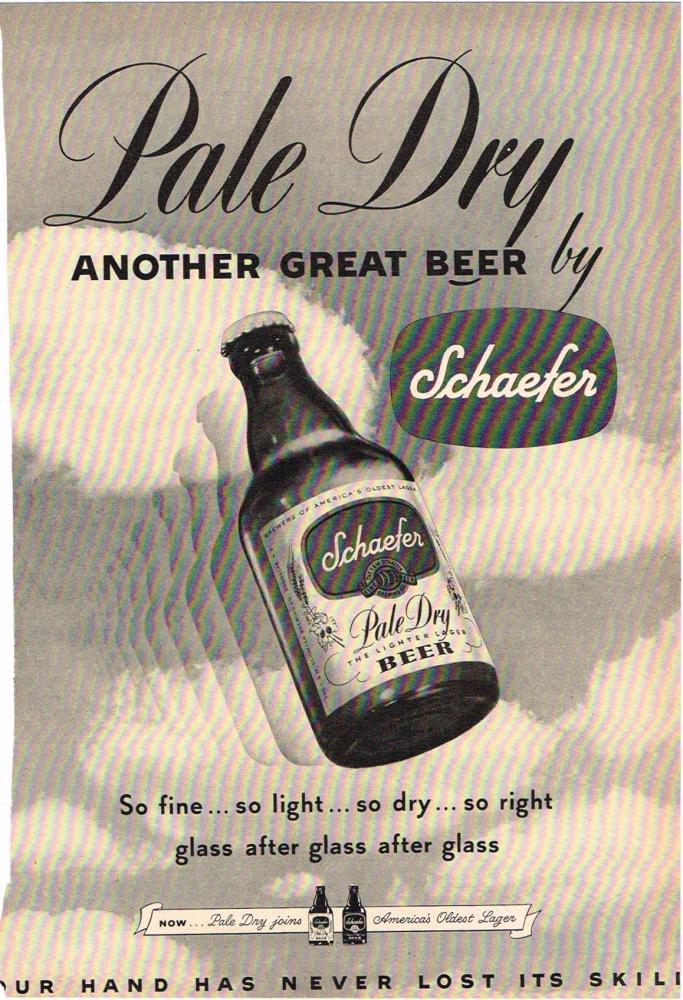