Thursday’s ad is for Schaefer Beer, “first produced in New York City during 1842 by the F. & M. Schaefer Brewing Company.” This ad, from 1957, features a couple at a baseball game. He’s wearing a tie and she has on a string of pearls, which is what we always where to the ballpark, too, so that’s not odd. It must be a date, though, because she’s clutching the box score and looking at him like his passion for the game is endearing. I’m going out on a limb here, but no married woman would feel that way. 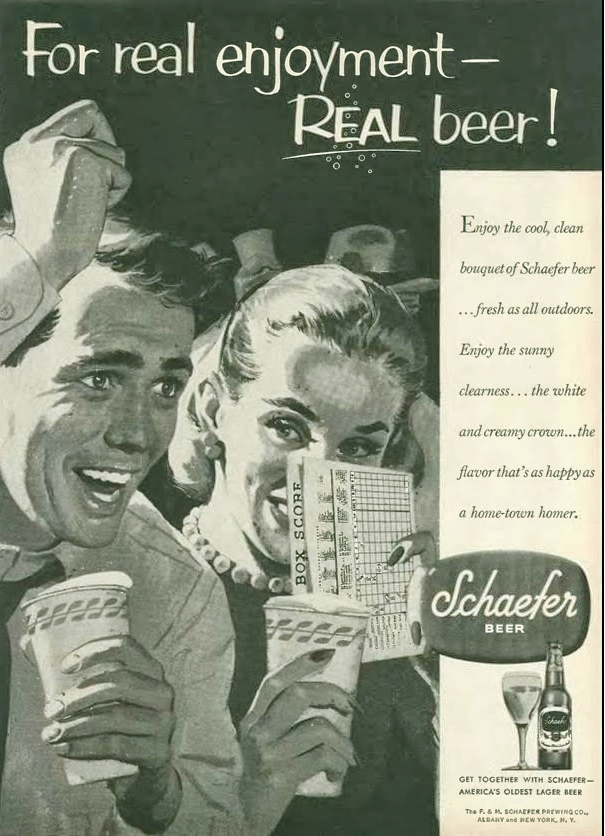