Sunday’s ad is for Schaefer Beer, “first produced in New York City during 1842 by the F. & M. Schaefer Brewing Company.” This ad, from 1936, features the first cans of Schafer beer with a full glass of beer next to it. The ad is dated mid-September of 1936, which is most likely when they first starting putting the beer in cans. 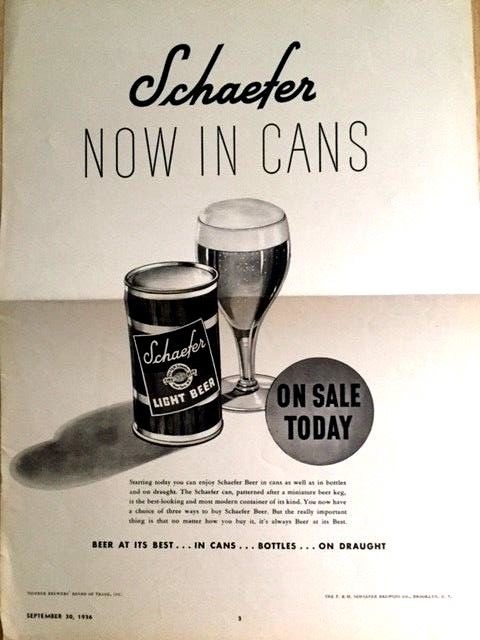