Thursday’s ad is for Schaefer Beer, “first produced in New York City during 1842 by the F. & M. Schaefer Brewing Company.” This ad, from 1946, features a Sousaphone player wearing a band uniform and drinking a beer. “You Can’t Beat It!” he seems to be saying, but I’m not sure if he’s talking about playing in a band or drinking a beer while playing in a band. This takes me back to my high school days when over the summers, I played in a semi-pro marching band where we were paid to march in fireman’s parades, and afterwards there was usually kegs of beer for us. 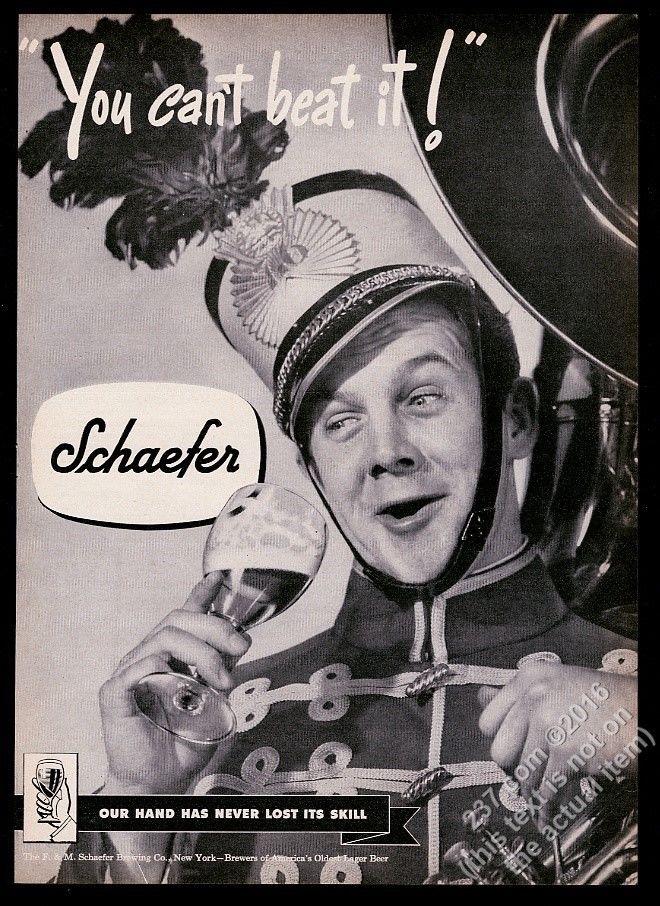