Monday’s ad is for Genesee Beer, which was founded in Rochester, New York, originally along the Genesee River, but in 1878 they moved up into Rochester proper. Their Genesee Cream Ale, in the simple green can, was one of our go-to beers when I was in high school. Since 2009, the brewery has been part of North American Breweries. This ad, from 1970, features a can of Genesee Beer next to a full glass of beer. The background is a field of barley with the tagline “We take it from here to beer.” 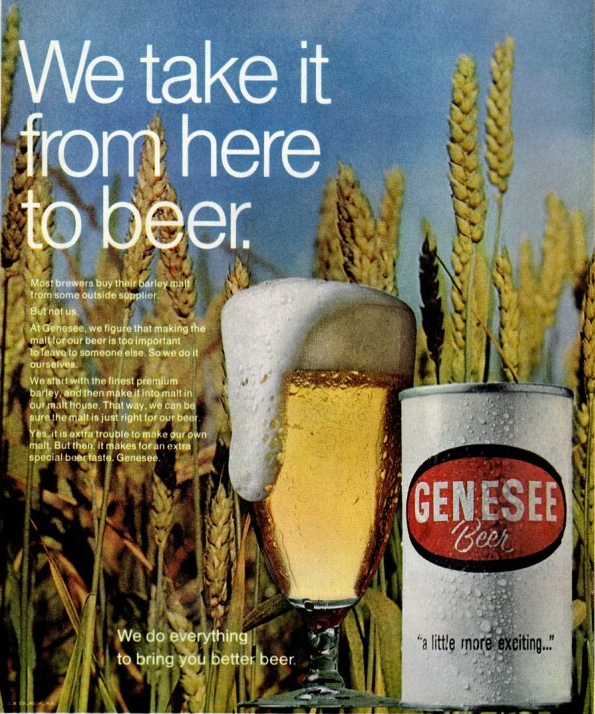 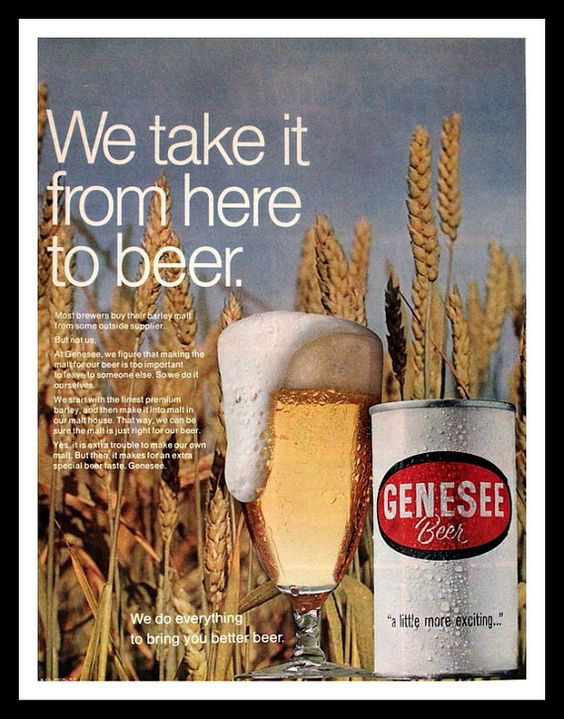