Monday’s ad is for Genesee Beer, which was founded in Rochester, New York, originally along the Genesee River, but in 1878 they moved up into Rochester proper. Their Genesee Cream Ale, in the simple green can, was one of our go-to beers when I was in high school. Since 2009, the brewery has been part of North American Breweries. This ad, from 1961, features a couple sitting in the grass in front of an antique car. He has a case of Genesee beer on his lap, and is pulling one out to open it, wearing a big grin. He wife or girlfriend is also smiling at him, while clutching a trophy close to her, which perhaps was their prize for best car at the antique car show. 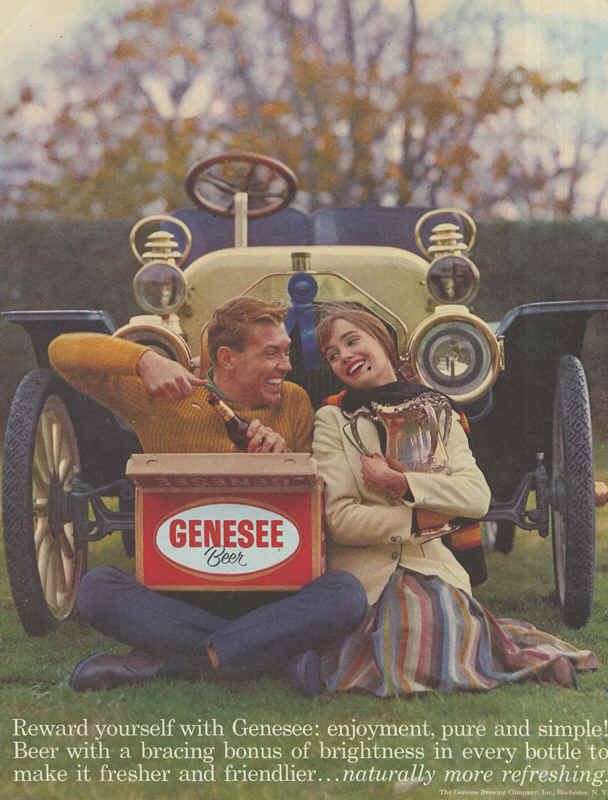