Tuesday’s ad is for Genesee Beer, which was founded in Rochester, New York, originally along the Genesee River, but in 1878 they moved up into Rochester proper. Their Genesee Cream Ale, in the simple green can, was one of our go-to beers when I was in high school. Since 2009, the brewery has been part of North American Breweries. This ad, from 1960, features a couple sitting in the grass with their four black dogs, one of which is holding a six-pack of Genesee beer in its mouth. The two of them are both looking to their right, though the woman is using binoculars. I hope they’re not searching for the beer, because it’s right under their noses. Also, in the text they’re singing the praises of the pure water they get from Hemlock Lake. I’m sure it’s fine water, but the name still reminded me of the poison that Socrates was forced to commit suicide by drinking, which doesn’t seem like the best association to draw. 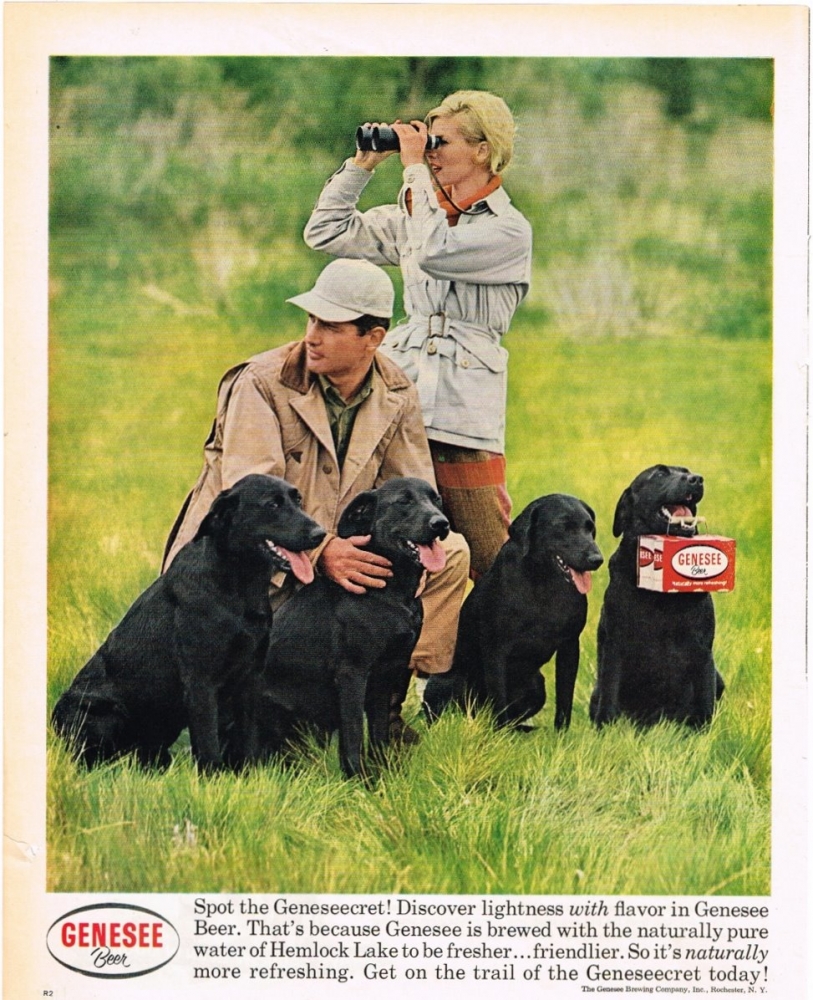