Saturday’s ad is for Genesee Beer, which was founded in Rochester, New York, originally along the Genesee River, but in 1878 they moved up into Rochester proper. Their Genesee Cream Ale, in the simple green can, was one of our go-to beers when I was in high school. Since 2009, the brewery has been part of North American Breweries. This ad, from the 1970s, features poster art by an artist who signs only Cariguo, titled “Alpha Lamda Epsilon Happy Hour.” There’s also a banner that reads “Love That Genny Cream,” and everyone at the Frat party seems to be doing just that. 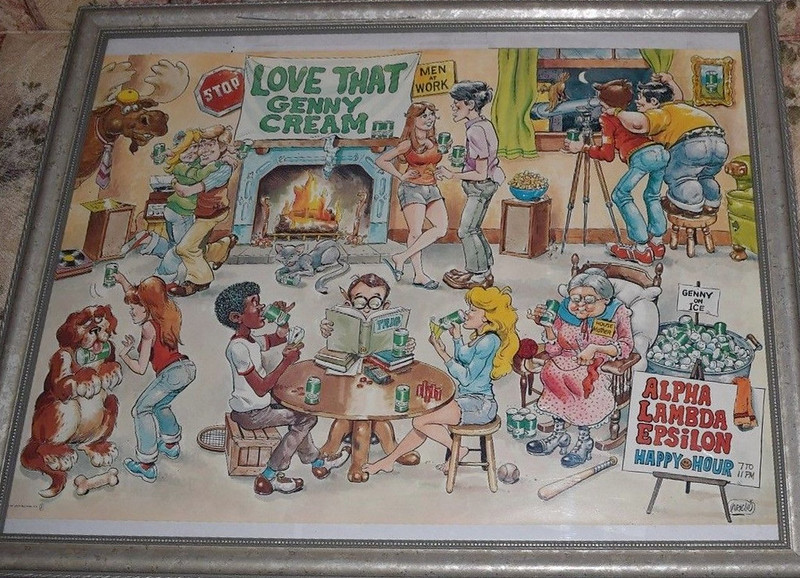