Sunday’s ad is for Genesee Beer, which was founded in Rochester, New York, originally along the Genesee River, but in 1878 they moved up into Rochester proper. Their Genesee Cream Ale, in the simple green can, was one of our go-to beers when I was in high school. Since 2009, the brewery has been part of North American Breweries. This ad, from the 1960s, features a generic menu cover that Genesee would offer as a promotion to restaurants or bars that served food so that the businesses could save money and the brewery could advertise their beer. This one, I think, is better looking than a lot of these I’ve seen, with the lovely fields and marching, or dancing, glasses of beer. 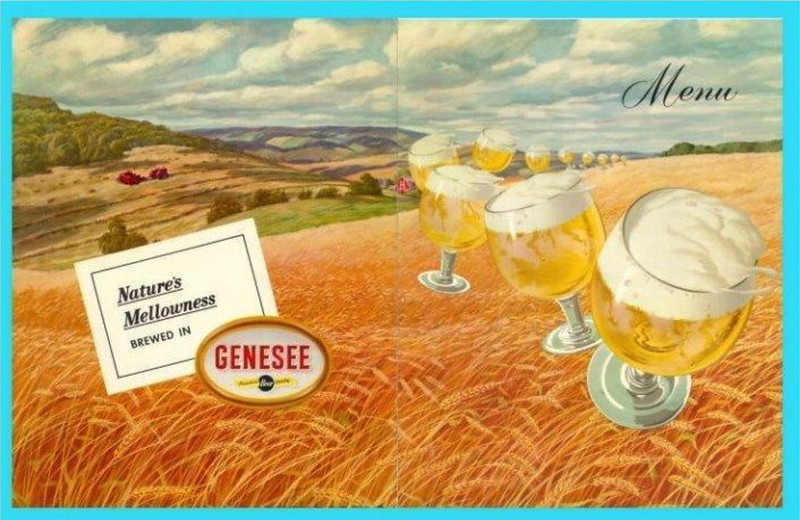