Monday’s ad is for Genesee Beer, which was founded in Rochester, New York, originally along the Genesee River, but in 1878 they moved up into Rochester proper. Their Genesee Cream Ale, in the simple green can, was one of our go-to beers when I was in high school. Since 2009, the brewery has been part of North American Breweries. This ad, from the 1970s, part of a series of framed promotional posters, features a horse, standing majestically and staring off into the distance. Yeah, I don’t get it either. 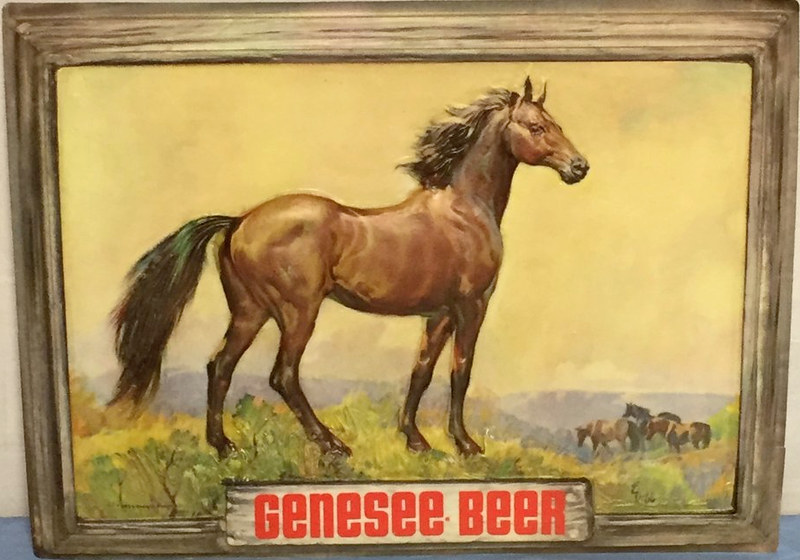 They must have really liked the horse motiff, because they did a second one with a mare and her foal. 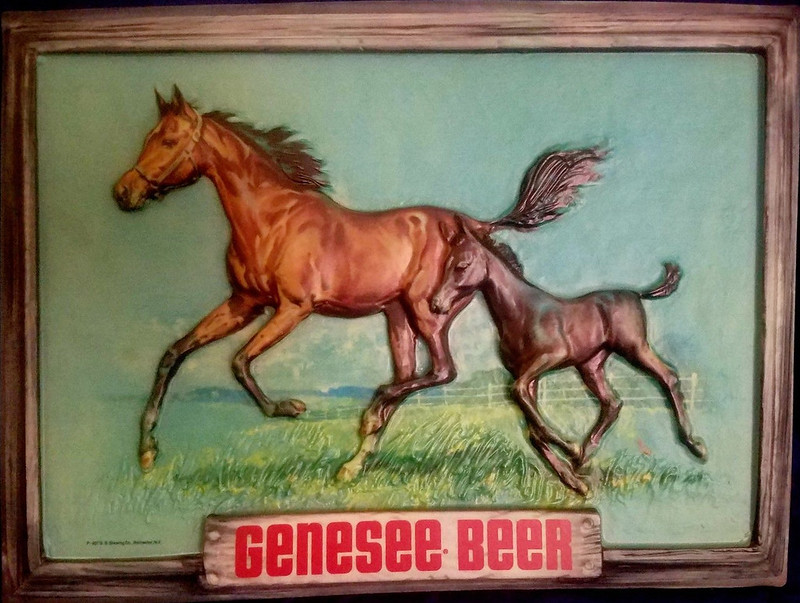