Monday’s ad is for Resch’s Dinner Ale, from the 1940s. From the late 1800s until the 1940s, poster art really came into its own, and in Europe a lot of really cool posters, many of them for breweries, were produced. This poster is for Resch’s Dinner Ale, which originally was brewed by Resch’s Waverly Brewery in Sydney, Australia. But in 1929, it was bought by Tooth and Co., who owned it when this poster was created. 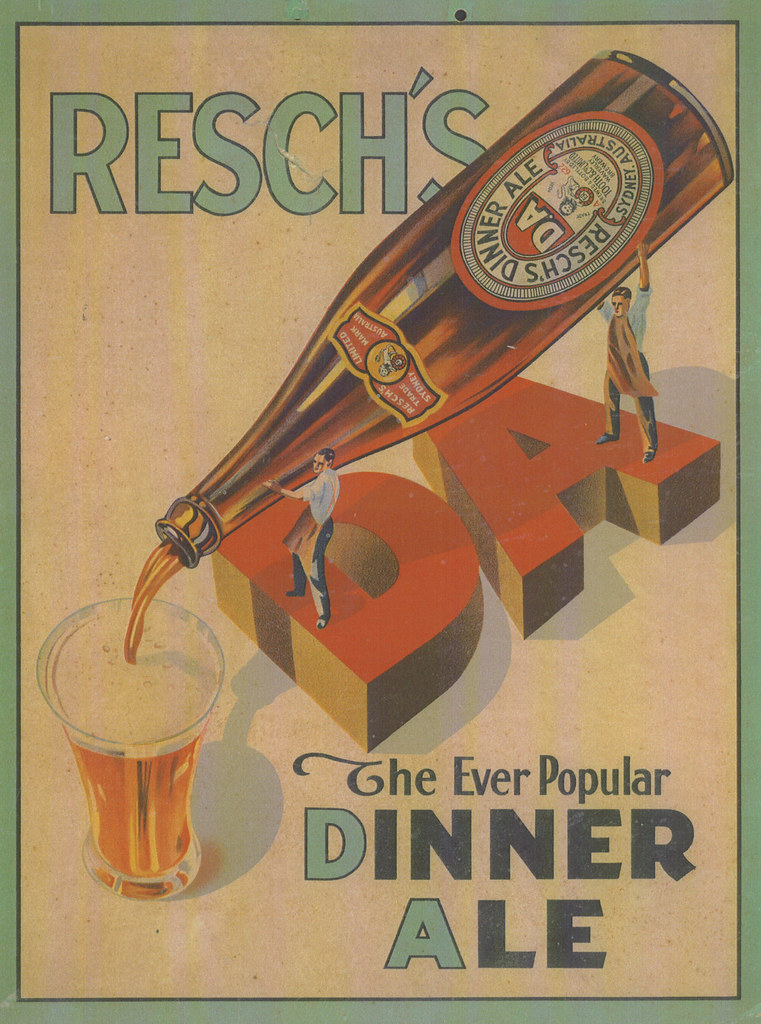