This week’s works of art are by the Swedish artist Anders Zorn. The first one was painted in 1890. The title of it is “In the Brewery,” or sometimes “The Great Brewery,” and “in this genre scene depicting the interior of a Stockholm brewery, he shows a group of workers putting labels on beer bottles. The composition is strikingly unexpected and brutal, the row of figures on the right facing an empty space on the left. The play on light and the rapid, confident treatment accentuate this particular effect.” However, other accounts indicate that the brewery in the painting was in Hamburg, Germany. 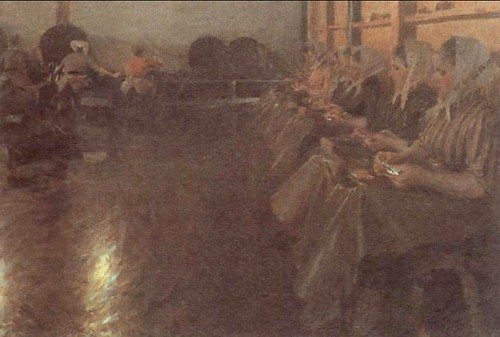 Although he was estranged from him, Zorn’s father — Leonard Zorn — was a German brewer who moved to Sweden for work. The second painting, also created in 1890, is “The Little Brewery” and is in Sweden’s Nationalmuseum. 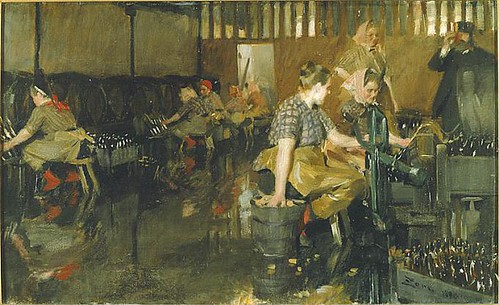 You can read Zorn’s biography at Wikipedia, at the 4 2day Artchive and a longer account at Arts Graphica. You can also see more of his works at AndersZorn.com and at Alsing, with links to other galleries at ArtCyclopedia.