You are here: Home / Beers / Beer May Lessen Chronic Pain

Here’s another study you won’t see reported by Alcohol Justice, because it goes against their propagandist mantra. A study conducted at the University of Aberdeen in Scotland essentially found that the moderate consumption of alcohol might lessen chronic pain, especially in people with fibromyalgia, defined as a “a syndrome characterized by fatigue and chronic pain in the muscles and in tissues surrounding the joints.”

In a study of over 2,000 sufferers of chronic widespread pain, those who often consumed above average amounts of alcohol had lower levels of disability than those who never or rarely drank.

The research into sufferers of fibromyalgia — a rheumatic condition that causes muscular pain and stiffness — surveyed patient’s eating and drinking habits to determine the effect of diet on their symptoms.

Of the 2,239 people surveyed, those who drank 21 to 35 units of alcohol per week were 67% less likely than to experience disability than those who didn’t drink.

The study itself was published on the July issue of the journal Arthritis Care & Research under the title “Moderate alcohol consumption is associated with lower risk (and severity) of chronic widespread pain: Results from a UK population-based study.”

Aberdeen also put out a pdf with the basics of the study and here’s the Abstract:

Objectives: To determine whether reported level of alcohol consumption is associated with the likelihood of reporting chronic widespread pain (CWP) and, amongst persons with CWP, the associated disability.

Methods: A population-based study in two areas of the United Kingdom. Participants self-completed a postal questionnaire. They were classified according to whether they met the American College of Rheumatology definition of CWP and whether the pain was disabling (Chronic Pain Grade III or IV). They reported their usual level of alcohol consumption. Potential confounding factors on which information was available included age, gender, cigarette smoking, employment status, self-reported weight and height and level of deprivation.

Conclusions: This study has demonstrated strong associations between level of alcohol consumption and CWP. However the available evidence does not allow us to conclude that the association is causal. The strength of the associations means that specific studies to examine this potential relationship are warranted.

So while the researchers believe more study is necessary to confirm a causal connection, they do believe there are “strong associations” between moderate drinking and chronic widespread pain, and that those are robust enough to warrant additional study. 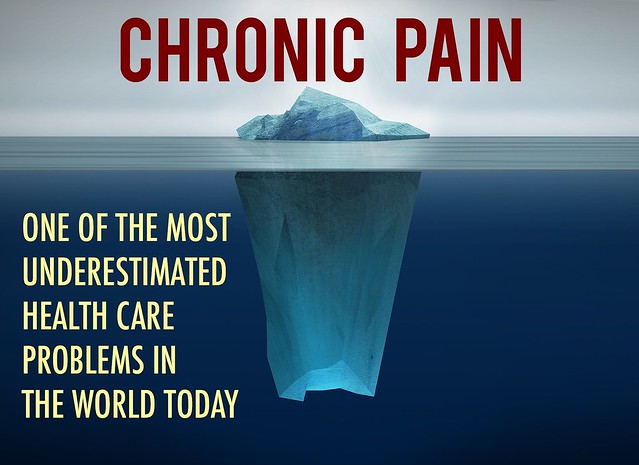