In a scene straight out of a deranged adult version of Willy Wonka, the beer waterfall on the belated birthday card below arrived in my mailbox today. 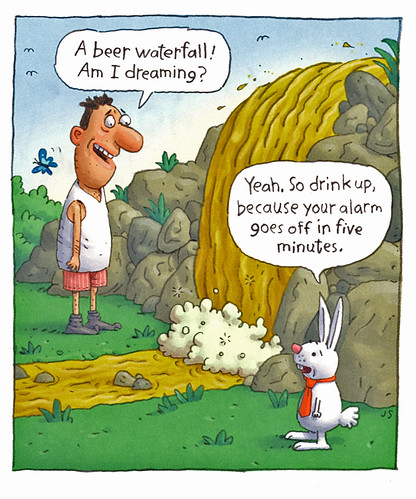 The card was primarily the work of my friends Ray and Cornelia, both Beer Drinkers of the Year in separate years. But they took it along with them to Brewvival in Charleston, South Carolina and had a few more friends sign it, which was very cool of them. There were separate notes from Julie and Jason from Brusin’ Ales and also Patrick Rue, from the Bruery. Then there’s another birthday greeting from a name I can’t quite read, though the initials look like G.H. Of course, it’s the thought that counts and I really appreciated getting the card. Thanks guys!

But there was one more note, from the John Hancock of the signatories, big and bold. His (or her) message took up nearly the entire inside left side with the following: “I want to see this in your fucking blog!” So how could I refuse? If only I could figure out the identity of my mystery person. Here’s his signature below. Any guesses? 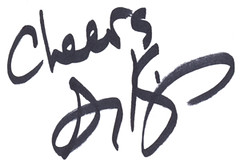