One of the byproducts of keeping a close watch on prohibitionist groups and other so-called non-profit organizations is that I’ve become quite jaded not just about those particular ones, but about the charitable industrial complex in general. It’s really become big business and, in my opinion, most have strayed very far from the (hopefully) good intentions that spawned them. Longtime readers will recognize this thread, that many of the charities and organizations that choose to attack the beer community from the high moral ground, are themselves often in no position to take such a lofty nose-in-the-air position.

In recent years, several cancer charities have criticized the alcohol industry for our fundraising efforts while hypocritically working with KFC and other unhealthily partners, as I detailed a few years ago with Biting the Hand That Feeds You. Between several of these cancer charities, and the usual prohibitionists, people who work in the alcohol field who want to do good and raise money for a cause that’s dear to them are routinely insulted and criticized for doing so. But taking a closer look at the charities themselves, as I started doing a few years ago, it’s not always clear how much actual good they’re really doing.

Just how many charities are there? In the U.S. alone there are a staggering 1.5 million non-profit organizations, the vast majority of them characterized as public charities. That’s essentially one charity organization for every 213 people in America. Of those, I don’t know how many are involved with cancer, but you can bet it’s a lot. In a partnership between the Tampa Bay Times, the California-based Center for Investigative Reporting, and CNN (who joined the partnership in 2013), they examined all of the charities and created a list of America’s 50 Worst Charities. Of the top ten, the second worst charity in the U.S. is a cancer one, the Cancer Fund of America. In fact, fully four of the top ten are cancer charities. In the full list of the top 48 worst charities, ten of them involve cancer. A surprising number of them are also about missing children, veterans and police and fire fighting groups, sad to say. 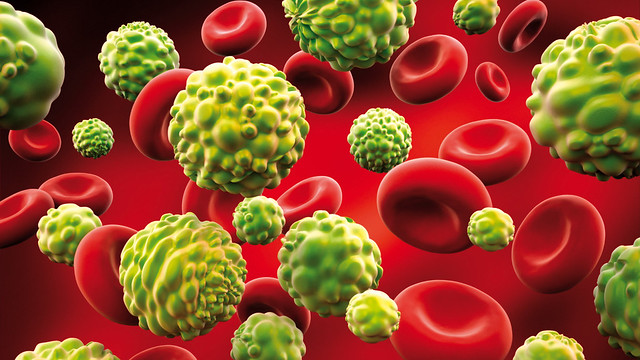 But what prompted this was a report on Mashable I saw recently entitled Cancer charities allegedly misused $187 million for concerts and dating sites, U.S. says. Apparently, “Law enforcement from all 50 states and the District of Columbia, along with the Federal Trade Commission” charged four of them — Cancer Fund of America, Cancer Support Services, Children’s Cancer Fund of America and the Breast Cancer Society — “with taking money that donors had given to help cancer patients and using it to on themselves as well as their families and friends,” in an amount in excess of $187 million. The money was used “to buy cars, trips, luxury cruises, college tuition, gym memberships, jet ski outings, sporting event and concert tickets, and dating site memberships,” and even for providing lucrative jobs to friends and family. Two of the charities, Children’s Cancer Fund of America and the Breast Cancer Society, will be shut down. I don’t know why the other two would continue.

The Washington Post also detailed the story, and also published their 5 reasons why it took the feds so long to catch on to the cancer charities scam.

I find it incredibly sad that the state of charities has become so deplorable. It’s to the point where you don’t know whether you can even trust someone soliciting donations, no matter how worthy the cause might sound. The odds are becoming increasingly likely that it may very well be a scam. And undoubtedly that hurts however many charities remain that are actually staying true to their purpose, because at least in my case I’m not giving to anybody until I’ve had a chance to look into the charity asking for my donation. And without the time to adequately do that most times, my default position is a blanket no. So I think the state of the charitable industrial complex has itself become a cancer of sorts, eating itself. With trust in non-profits understandably plummeting, what will that mean for the good work of the few? The sham charities are harming not only the people they bilk out of their cash and savings, but making many others, I have to assume, reluctant to donate to any charity without first knowing more about them. There must be a special circle of hell reserved for these people, praying on people’s better natures with their own worst.