You are here: Home / Breweries / Cisco Brewers Partner With The Craft Brew Alliance

The Craft Brew Alliance, or CBA — which includes RedHook, Widmer and Kona — announced today that “it has formed a strategic partnership with Cisco Brewers,” Nantucket Island’s only small brewery. The Massachusetts brewery will enter “into a master distribution agreement and alternating proprietorship” with CBA, which according to the press release, will give Cisco “access to CBA’s extensive sales and distribution network and New Hampshire brewery to support Cisco’s growth, and bring more of their coveted island-inspired craft beers to more consumers throughout the Northeast.” The press release is cagey in using “strategic partnership” and not acquisition, merger or a buyout. Money undoubtedly changed hands, but nothing was disclosed about the moneteary arrangements of the deal. 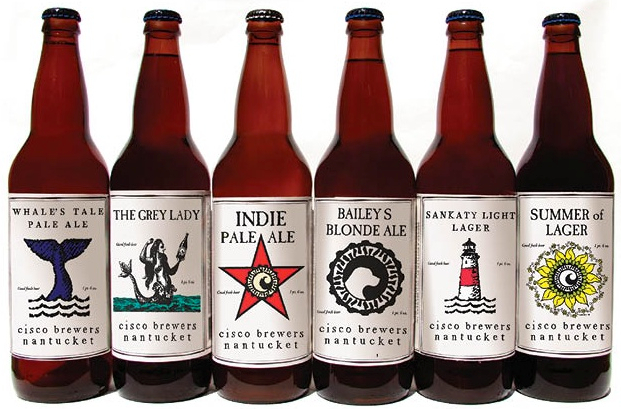 More from the press release:

Through the alternating proprietorship agreement, Cisco will not only leverage CBA’s state-of-the-art brewing facility in Portsmouth, N.H., but the two craft beer companies will also share a master brewer. CBA Lead Innovation Brewer Mark Valeriani will oversee production of Cisco beers at Cisco’s brewery on Nantucket, as well as CBA’s Portsmouth brewery, which is ideally located to support growing demand in the Northeast for distinctive craft beers with local relevance.

“This new partnership is exciting to us for several reasons,” said Andy Thomas, chief executive officer, CBA. “First, the team at Cisco has built an exceptional company with a deep connection to its local community and strong cultural values that mesh really well with CBA. Second, Cisco has already established a strong presence in the Northeast, which is an important market for us as we continue to expand the Alliance and leverage our East Coast footprint. And third, we see some terrific growth opportunities for both companies as we partner to bring more great brands and brews like Whale’s Tale and Grey Lady to more beer drinkers in the East.”

Cisco Brewers is one of the fastest-growing craft breweries in New England and has been featured by People Magazine, TripAdvisor, and the Huffington Post, among others, as a top destination on Nantucket. As demand for the brewery’s innovative beers continues to expand, the master distribution agreement with CBA will enable Cisco to increase distribution of its beers in chain and other retail accounts throughout its core markets in the Northeast. CBA will work with its network of wholesaler partners, as well as Cisco’s existing wholesalers, to bring the beers to market.

“Today, there are a lot of options for breweries that want to grow. Working with the team of people at CBA to craft this partnership has been extremely energizing,” said Cisco Brewers Chief Executive Officer Jay Harman. “Having a partner that knows how to manage a wholesale network and properly bring craft beer to market is just one of the reasons this partnership with CBA is so appealing. Anyone who has been to Cisco falls in love with the beer but also the mismatched handmade bar stools and carefree unbuttoned culture that makes us who we are. When it comes to sharing Cisco off the island, and the steep competition in New England and beyond – with a new brewery opening every 12 hours – our goal is to get good, fresh beer to market in a way that truly represents our brands and culture.”

Harman continued: “We evaluated several options when looking for ways to embark on the next stage in our journey, and after sitting around the kitchen table with Andy and his team, we realized we had found a partner who could not just help us grow, but who could also help us realize the full potential of what we started 20 years ago.”

The partnership with Cisco Brewers expands CBA’s family, which already includes one of the westernmost island breweries, Kona Brewing Company, with one of the easternmost island breweries in the United States. Cisco Brewers was founded 20 years ago on Nantucket Island, 25 miles off the coast of Cape Cod, and is best known for such island-inspired brews as Whale’s Tale Pale Ale, Grey Lady Ale, and Shark Tracker Light Lager, which benefits science and education programs for OCEARCH.