Nobody can piss me off faster than Alcohol Justice, the self-styled do gooders and self-proclaimed “watchdogs” of those of us in the evil alcohol empire. I just noticed this yesterday, but for at least the last week, they’ve been tweeting this inaccurate and misleading message that “High-calorie craft beer maker’s don’t care.” Here’s what they say: 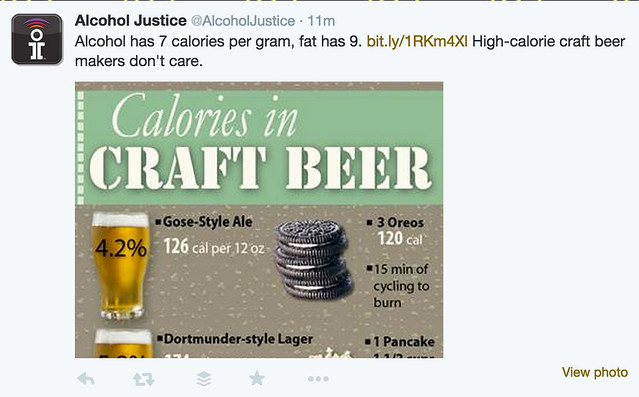 You don’t have to be Noam Chomsky to parse this sentence and figure out what they’re saying. Beer has lots of calories and brewers just don’t give a shit, painting craft brewers in a negative light, something Alcohol Justice has turned in to an art form. But is that the truth? Is that even what the source of this claims? Regular readers won’t be surprised to learn that AJ once again has taken a statement and twisted into something else to promote their own agenda. Shocking, I know. The original source of this comes from an article in the Columbus Dispatch on June 26 entitled Small breweries sometimes make high-octane, high-calorie beers.

It’s all about calories and how some higher alcohol beers made by craft brewers have more calories than lower alcohol beers, which is a world class “duh.” If you claim you don’t know that more alcohol has more calories then I’m amazed at the level of ignorance you’re willing to admit. If you’re drinking an imperial stout and have convinced yourself it contains no more calories than a pale ale, you’re willfully deluding yourself, and you probably know it, even if you won’t admit it. But I’m not terribly interested in the calorie question, it’s been done to death and certainly isn’t going away anytime soon. What really annoys me is Alcohol Justice’s flippant hatred of brewers and insisting they don’t care, as if that makes them bad people. The reality, of course, is quite different. Here’s the relevant portion of the article:

Unless they’re aiming for a low-cal beer to appeal to dieters, day drinkers and the like, craft brewers say they don’t give two pints about calories. They’re after flavor and aroma and other qualities that make drinking good beer worth it. The qualities of your favorite porter or citrus-forward IPA depend upon a series of ingredient choices and the complex interplay of water, grain, hops and yeast that follows.

So it’s not that the brewers “don’t care” about higher calories, it’s simply that they place more emphasis on aromas and flavors, preferring to create beers that feature those more prominently. They’re not willfully making high calorie beers just to fatten people up and make them unhealthy, as AJ suggests. And why pick on brewers? This is especially galling since wine and sprits, with far more alcohol, has … wait for it … far more calories. Beer has the fewest calories of any alcoholic drink by ounce. I’m sure people will argue that people drink more beer so that’s moot. But the point of drinking better beer is to drink less of it. To me at least, beer with flavor is not made to pound, but to enjoy at a more reasonable pace, usually determined by the circumstances. Imperial stout is not made to be swigged, but shared in a snifter or similar glass, so the idea that it’s the same as any other beer seems at best facetious. If you’re downing pint glasses of Parabola or Ten FIDY you’re doing it wrong. Here’s an infographic that accompanied the article. 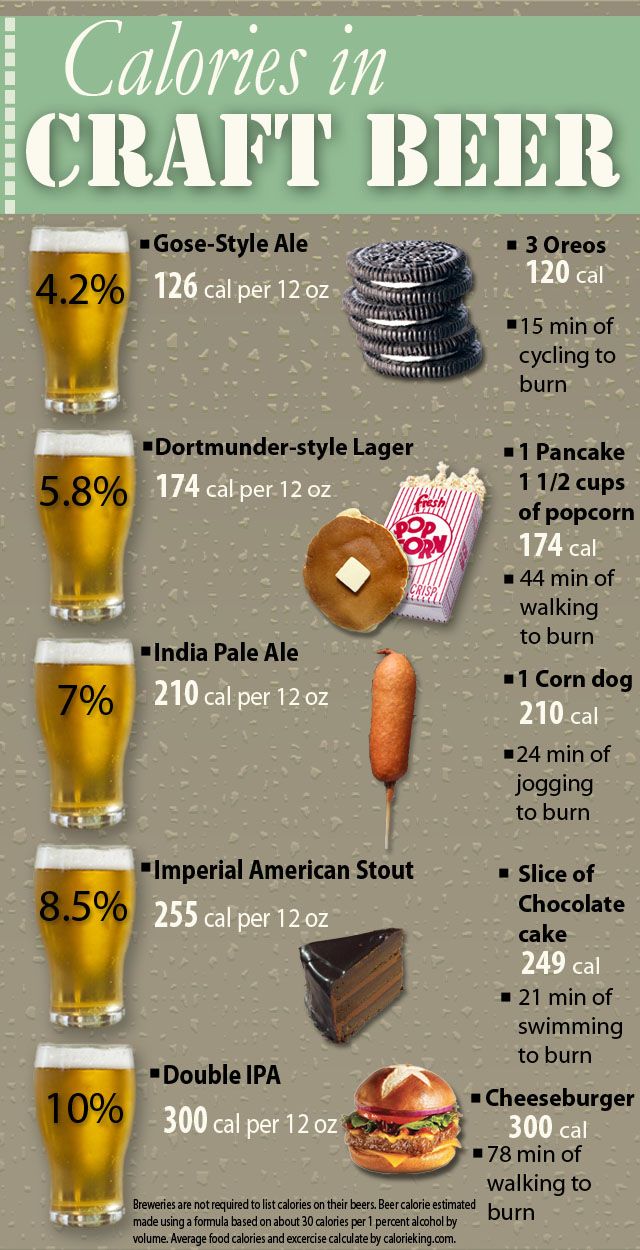 But the larger point is why do we attack beer and alcohol makers for the natural amount of calories created by the way they’re made? We don’t do that for calorie-rich desserts like cake, ice cream and pie. You know what else is high in calories? Cereal, avocados, bananas, nuts and berries, granola bars, pasta, lobster and so many more foods we love. But we’re not lambasting the people who farm, grow or make those for not caring about how high in calories they are. That’s because they’re not intentionally making them high in calories, it’s just the result of their nature. The same is true for beer. Brewers aren’t intentionally making high-calorie beers to fuck with people the way Alcohol Justice so churlishly insists. They’re making them because they taste good, and people want them, not because they just “don’t care.”

Are there no ethical standards for non-profits? Shouldn’t “watchdogs” who claim the moral high ground have to at least be honest and truthful themselves? Because even though they claim “beer makers don’t care,” they certainly don’t seem to care about their own veracity, and instead twist anything they can to fit their increasingly narrow narrative that everything having to do with alcohol, and especially beer it seems, is bad.