You are here: Home / The Session / Down on The Farmhouse Beers For The Next Session

For our 136th Session, our host will be Dave S, who writes Brewing In A Bedsitter, or “Adventures in small batch homebrew.” For his topic, he’s chosen Farmhouse Beers, by which he’s asking everybody to consider the farmhouse beer or farmhouse brewery and wax philophically about it.

Here is a fuller explanation of what he’s thinking about ways to approach this month’s topic:

Whether it’s about the success of modern craft breweries like Jester King and Burning Sky, the worldwide spread of saison or the revival of international interest in Northern European traditions, farmhouse brewing is a recurring theme in the beer world. It’s a very resonant idea but also one that invites many perspectives, so it seems like an ideal topic for the collective conversation that is The Session.

I’d invite people to approach the topic however they like — the more creative the better — but here are some ideas to get you started.

You could talk about how the word “farmhouse” is used in modern craft breweries, or about historic brewing traditions. You might want to think about how, if at all, the two are related.

If you think that farmhouse brewing or farmhouse beer refers to something meaningful and relevant in modern beer, you could write something touching on what it means to you. What’s its defining element? Is it about style, ingredients, location or something else? Would you call a crisp, clean pilsner or a hoppy IPA a farmhouse beer if it was brewed from local ingredients in a medieval barn? What about a mixed fermentation barrel-aged saison brewed in a light industrial unit in a suburb of Manchester? Why does any of this matter?

If you want to get specific, maybe talk about one or more beers or breweries that you think embody some aspect of the idea of farmhouse brewing. Or if you’re a homebrewer, you could talk about ways that your own beer has been influenced by it.

Conversely, if you think that the modern idea of a farmhouse brewery is largely just about marketing and aesthetics then you could have a go at dissecting and deconstructing it. Where did it originate and what are its roots? Who popularized it? How is it constructed and signaled? Most importantly, why are people so keen to buy into it? 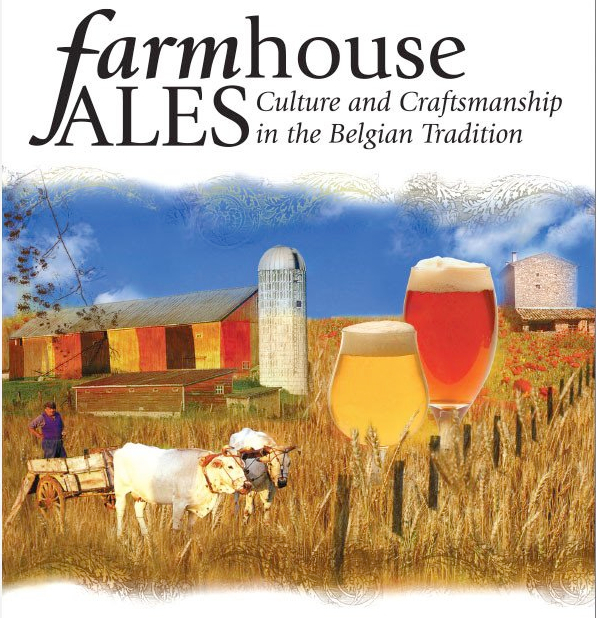 This month, the first Friday is also the first day of the month, June 1, so don’t accidentally miss it. To participate in the June Session, simply post a link to your session post by commenting at the original announcement.