Here’s a fun little project by the Society of Beer Advocates (SOBA), a beer appreciation organization in New Zealand — their motto” “Beer for all the right reasons.” They provide resources for consumers, breweries, bars and restaurants, just about anybody along the distribution pipeline, and define their mission with the following:

Toward that end in 2012 they created a SOBA poster campaign , where they created a quartet of posters aimed at “championing finely crafted, flavourful beers and encouraging responsible enjoyment of craft beer.” A local graphics firm, Base Two, designed the four posters to look embroidered on calico fabric and they all carried the message “Champions of finely crafted flavourful beers.” How cool is that? 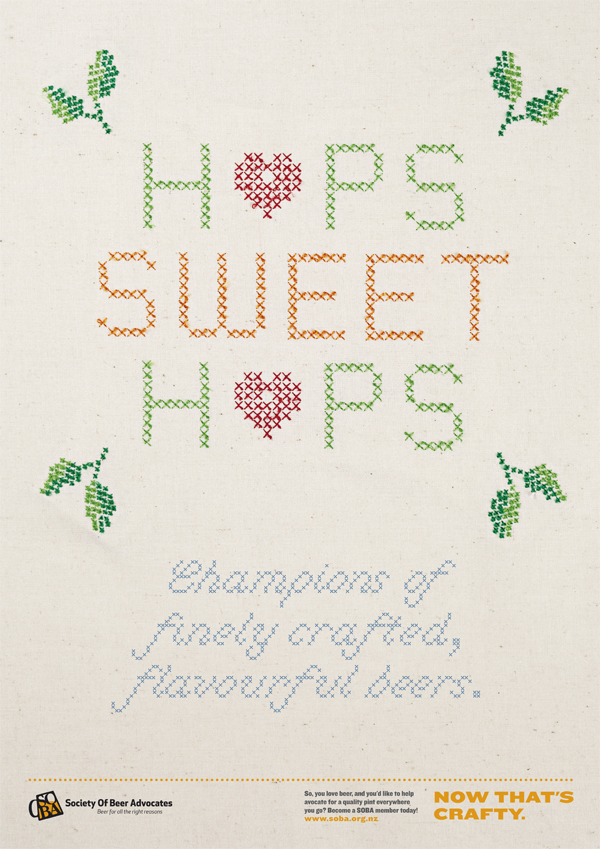 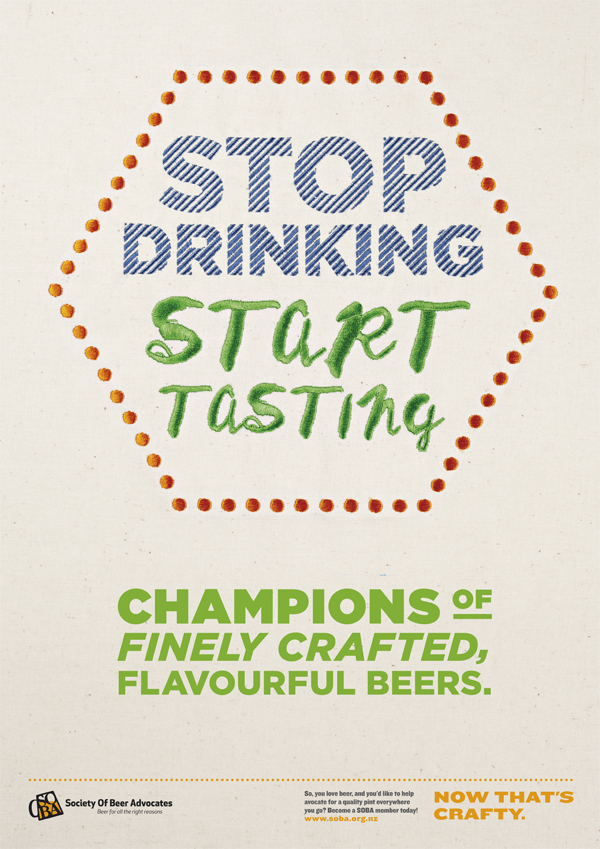 Take Time to Smell the Hops 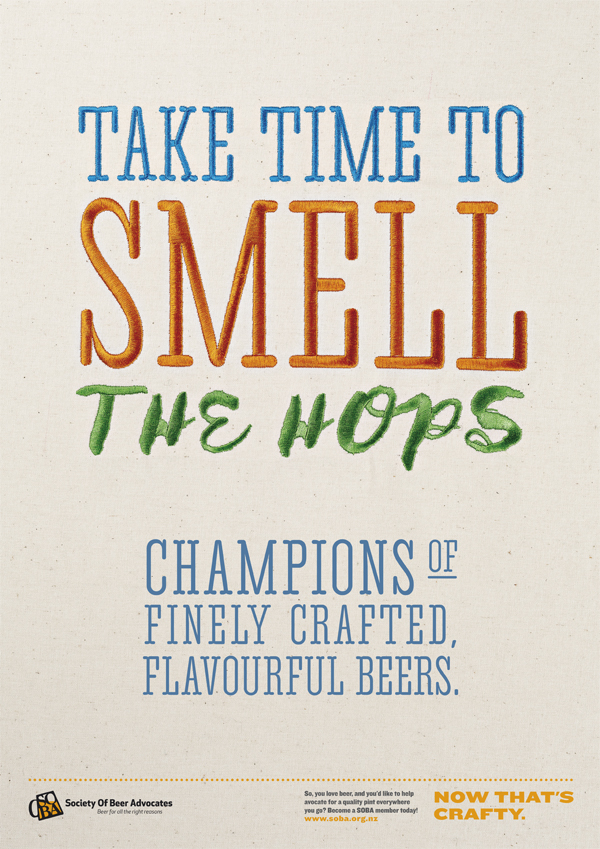 Slow down … Taste the Beer 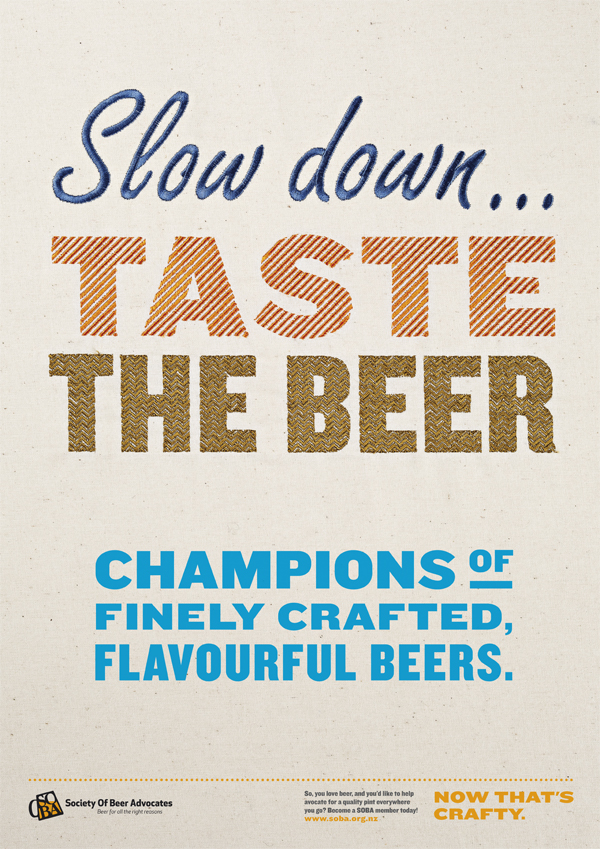