When Dan Gordon and Dean Biersch opened the first brewpub in downtown Palo Alto in 1988, it was one of the few to focus on lagers, and one of the few to focus on fine dining, or at least a step up from the usual pub fare found at most brewpubs at the time. In 1999, two years after opening a production brewery in San Jose, the brewpubs were sold to a restaurant group which today is known as CraftWorks Restaurants and Breweries, headquartered in Chattanooga, Tennessee, and includes the Rock Bottom brewpubs as well as Gordon Biersch. Dean Biersch retired and went on to open the HopMonk Taverns in Sonoma County while Dan Gordon continues to run the production brewery in San Jose.

Today, September 16, CraftWorks announced that they had closed the brewpub on Emerson Street in Palo Alto, as of the close of business on Tuesday, September 15, and apparently “apologizing for short notice.” Unfortunately, there’s no additional information, or indeed any mention at all, about the closure on their Facebook page, website or on the parent company’s corporate website, which hasn’t updated their press releases since 2011. 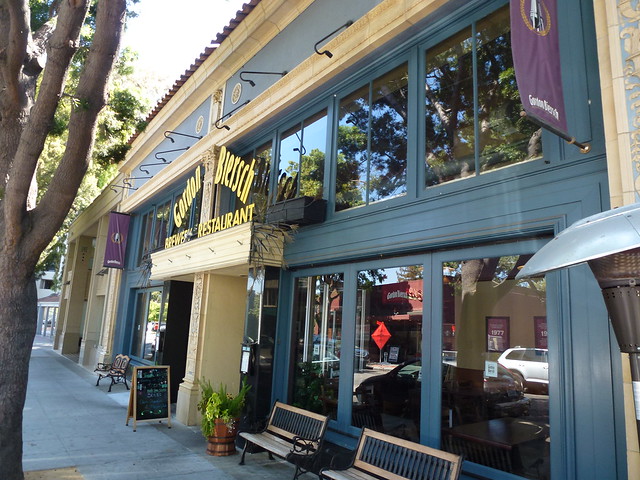 The Gordon Biersch brewpub on Emerson Street in Palo Alto.

NOTE: It turns out this was just half of the story. Read the other half, Dan Gordon To Re-Open Original Gordon Biersch Brewpub.