You are here: Home / News / Hammer Of Glory Stolen!

Well, this is horrid news. According to CBS in Philadelphia, Philly Beer Week’s “Hammer of Glory” has gone missing, presumed stolen. According to Philly Beer Week director Don Russell, “The Hammer was on display [at] the Fishtown Festival on Frankford Avenue when it went missing.” At some point, “somebody decided to pick it up and, you know, take off with it,” he added. He also said that they just want it back; “if you have it, just turn it in to a [Philly] Beer Week bar.” Hopefully, someone will do just that and return it. Read the full store here at CBS. 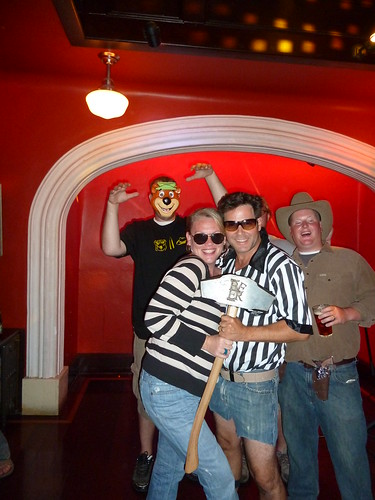 The Hammer at Standard Tap’s Bear Ninja Cowboy beerchambeau in 2010. 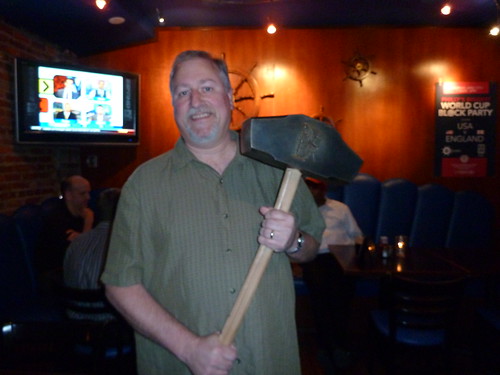 Me with the Hammer of Glory during a Hammer Time pub crawl Jennie Hatton (pictured above) took me on a few years ago.

UPDATE: Happy news. Philly Beer Week’s Facebook page is now reporting that the Hammer of Glory has been found. Here’s the story:

The Hammer of Glory is SAFE! It was turned in an hour ago to Frankford Hall. The person who dropped it off said he found it under 95. We really need to thank the Philadelphia Police, the Philadelphia Media and all you beer drinkers who helped us spread the word and get the HOG back.

Whew. Below, the HoG safe and sound. 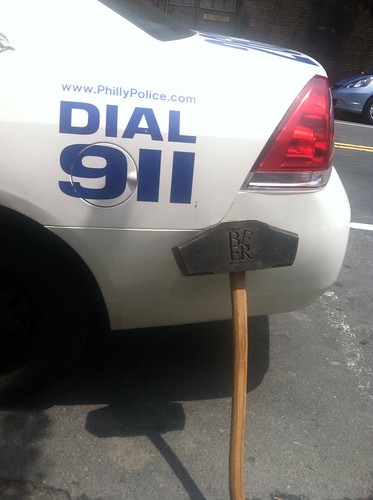