Today is the birthday of Anton Simon (November 2, 1848-March 27, 1927). He was born in Alsace, France, but moved to Vincennes, Indiana when he was fourteen, in 1862. After working in a series of jobs, in 1875, he and a partner, Eugene Hack, bought a small brewery in Vincennes, Indiana from John Ebner, who had established in 1859. They continued to call it the Eagle Brewery, although it was also referred to as the Hack & Simon Eagle Brewery, though in 1918, its official name became the Hack & Simon Brewery, until closed by prohibition. The brewery briefly reopened after prohibition as the Old Vincennes Brewery Inc., but they appear to have never actually brewed any beer, before closing for good in 1934. 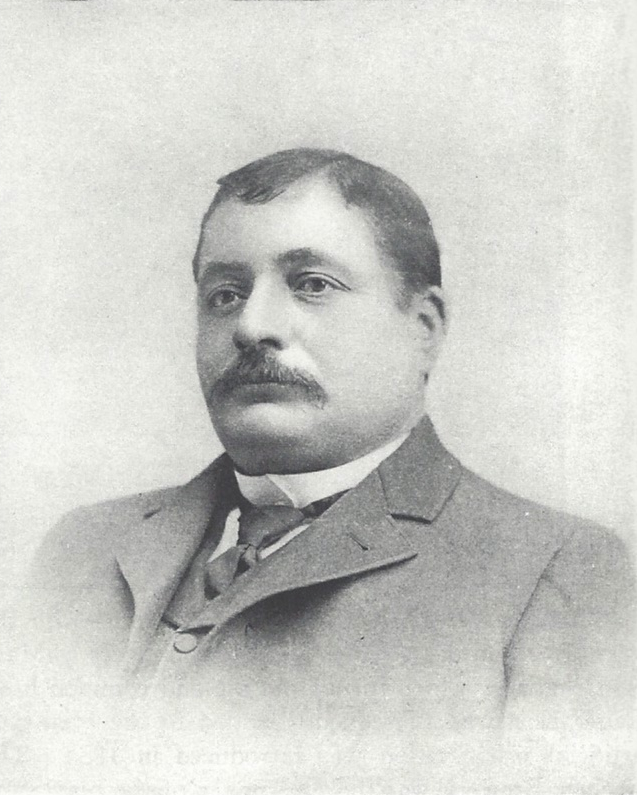 Here’s a biography of Simon from History of Knox and Daviess Counties, Indiana, by Goodspeed Brothers, published in 1886: 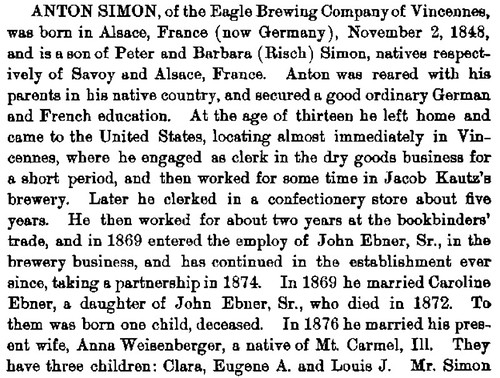 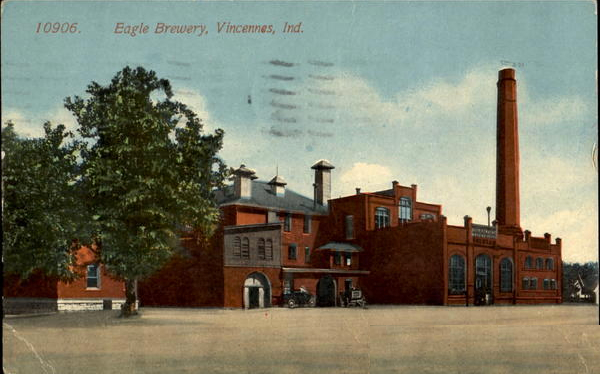 And this account is from “Vincennes in Picture and Story: History of the Old Town, Appearance of the New,” written by J.P. Hodge, and originally published in 1902. There’s a short biography of Simon in the final paragraphs. 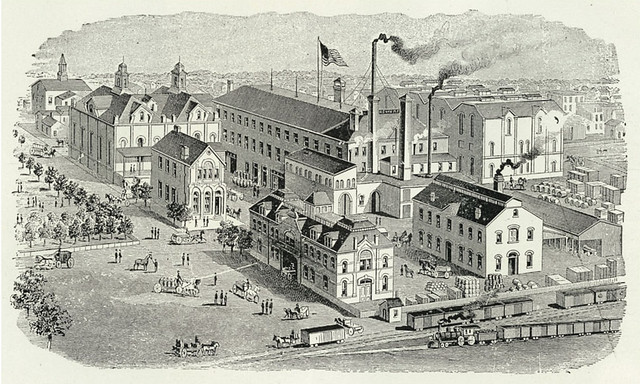 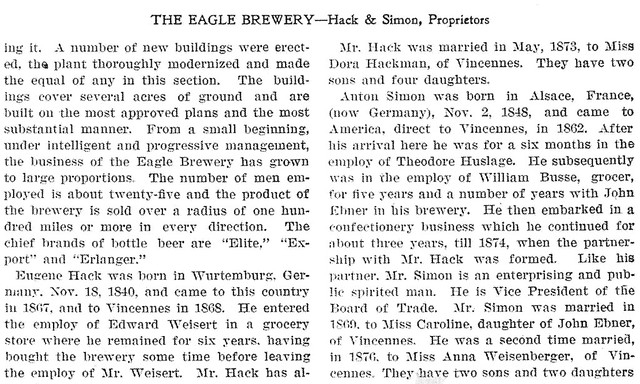 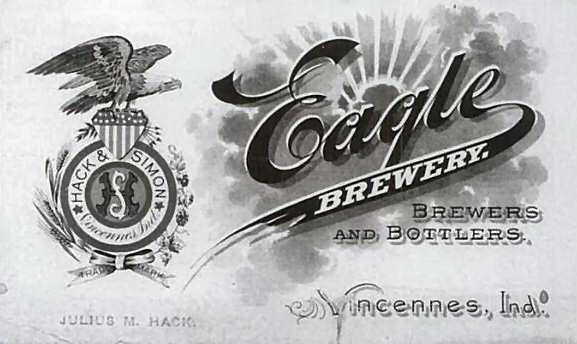 In 1859 the Eagle Brewery was established by John Ebner on Indianapolis Avenue in Vincennes, Indiana. It operated under his management until 1875 when it was sold to Eugene Hack and Anton Simon. They kept the name and added an eagle logo identifying their flagship brand. Hack and Simon successfully operated the brewery for decades. They were producing 18,000 barrels of beer a year and maintained five wagons and twelve head of horses for their local trade. In time they established five refrigerated beer depots in towns in Indiana and Illinois. The brewery was shut down by Indiana prohibitionary laws in 1918 and apparently not reopened in 1934 after Repeal. 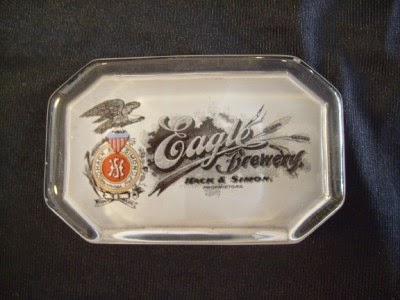 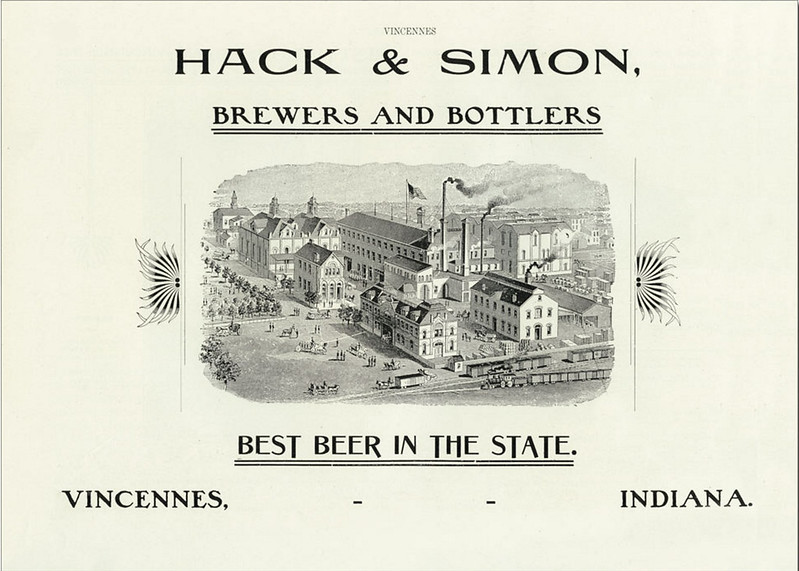