Today is the birthday of Axel Heiberg (March 16, 1848-September 4, 1932). He was born in Kristiania, Norway. Throughout his life, he “was a Norwegian diplomat, financier and patron.” And most importantly, he “financed the creation of the Ringnes brewery in 1876 together with the brothers Amund Ringnes (brewer) and Ellef Ringnes (administrator and salesman).” The Ringes remained family owned until 1978, and today is part of the Carlsberg Group, and remains the largest brewery in Norway. 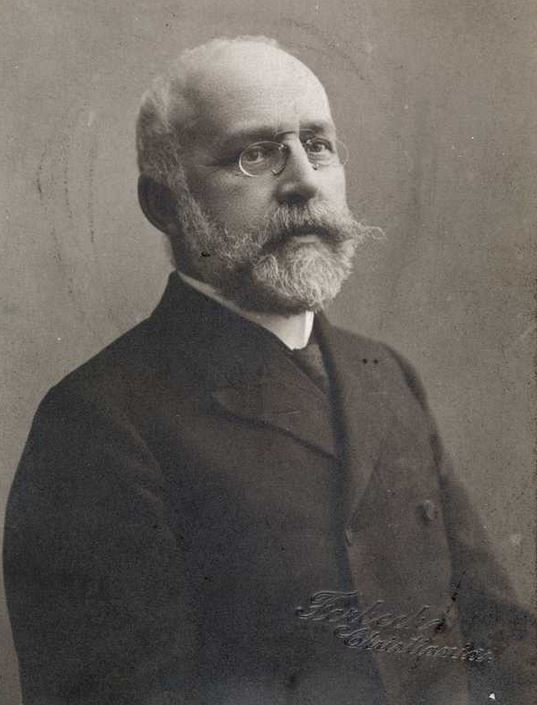 He was married to Ragnhild Meyer, daughter of Thorvald Meyer. They had one child, Ingeborg, who married N. O. Young Fearnley.

Heiberg studied abroad and, after a period as Norwegian consul in China, returned to Norway, where he financed the creation of the Ringnes brewery in 1876 together with the brothers Amund Ringnes (brewer) and Ellef Ringnes (administrator and salesman).

Together with the shipowner Thomas Fearnley, the brewery sponsored the polar expeditions of Fridtjof Nansen and Otto Sverdrup, and funded the construction of the exploration vessel Fram. This led to Heiberg’s name being given to Axel Heiberg Island in Canada, the Axel Heiberg Glacier in Antarctica, and the Geiberg Islands in Siberia.

In 1878 Heiberg was one of the founders of the rowing club Christiania RK. Later he founded the “Consul Axel Heiberg and Manufacturer Hans B. Fasmer Fund” (in 1915 transferred to the Fridtjof Nansen Fund). In 1898 he was one of the founders of the Norwegian Forestry Society, and was chairman until 1923. He also funded the statues of Henrik Ibsen and Bjørnstjerne Bjørnson outside the National Theater in Oslo. 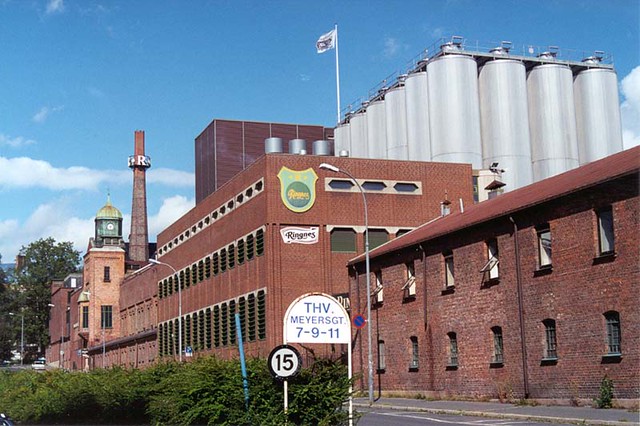 This longer biography is from the Norwegian Biographical Encyclopedia, translated into English using Google Translate:

Axel Heiberg was one of the great patrons and supported as well sportsliv as science and art. He is especially known for its support of Nansen, Sverdrup and Amundsen’s polar expeditions. He was also a pioneer in forest management.

Heiberg grew up in Christiania and took school graduation 1867. He immediately started his business career in the US cotton company Wm. M. Tunne & Co. in Savannah, Georgia. Experience The foundation was then extended by two years in the East, as the correspondent of Russell & Co. in Hong Kong and Norwegian-Swedish vice-consul and consular secretary in Shanghai from 1870 to 1872.

Back in Christiania autumn 1872 Heiberg co-owner of several industrial enterprises, including Ringnes brewery, which he founded in 1877 together with his brothers Amund and Ellef Ringnes. He gave Norwegian sports funding, and he himself was active as a rower, sailor, skier and hunter; he was chairman of Christiania Roklub 1882-84 and founded the first Norwegian Kennel Club (Christiania molars). He was also one of the initiators of Huseby gutters, the predecessor to Holmenkollen.

The Fridtjof Nansen’s expedition across Greenland from 1888 to 1889 started Heiberg’s great interest in the polar regions. Along with Thomas Fearnley and Ellef Ringnes he formed the “corresponding line” that enabled Nansen first Fram 1893-96, and he supported the expedition with large amounts. In connection with the Nansen and Fram’s return to Norway in August 1896, he was with the founding of Fridtjof Nansen Foundation for Science Fund Promoting with a contribution of 50,000 crowns. From 1899 he was parliamentary elected member of the board of the Fund. Together with Amund and Ellef Ringnes he bore all the expenses of Otto Sverdrup’s second Fram 1898-1902 to the islands north of Canada, and he also gave financial support to Roald Amundsen’s expeditions with Gjøa in the Northwest from 1903 to 1906 and to the South Pole from 1910 to 1912. Axel Heiberg islands off Siberia, Axel Heiberg Island in Canada and Axel Heiberg Glacier in Antarctica was named after him by the grateful polar farers.

Also Norwegian art and intellectual life benefited consul Heiberg give generous support. He bought many works of art, and in 1899 he poured National statues of Ibsen and Bjornson, which currently stands in front of the entrance. 1906-1910 he was a member of the board of the Museum of Applied Arts.

It can today be discussed on Axel Heiberg is best known for its polar interest or for his great commitment to the Norwegian forests. The latter did enough biggest impression at the time, when he made forest case to a folkesak. He bought the farm Strand in Lyngdal in Numedal to hunting farm and ran it until a model with ia trenching and reforestation from 1888. Norwegian Forestry Society was founded in 1898 on his initiative, and he was the company’s chairman for 25 years. Under mindset “a forest-rich Norway is a mægtig Norway” organized Skogselskapet in his formannstid county forestry companies, courses, nurseries, etc., and put in place measures for children and young people to encourage interest in silviculture. A basic principle was that no generation should reap without also saw and planting. He rendered great financial contribution also to this case. He was a member of Videnskabps-Society in Christiania (now Norwegian Academy of Science and Letters) from 1897 and was an honorary member of both this and the Forestry Company.

Axel Heiberg was appointed a Knight of the Order of St. Olav in 1896, Commander 1900 and was awarded the Grand Cross 1908. 1923 he received Norway’s highest civilian honor, Borgerdådsmedaljen in gold. Christian Gierløff described him as “a Gloger, bold and generous figure, saa Norwegian as some of Snorre”. He was buried in the Grove of Honor at Our Savior’s cemetery in Oslo. 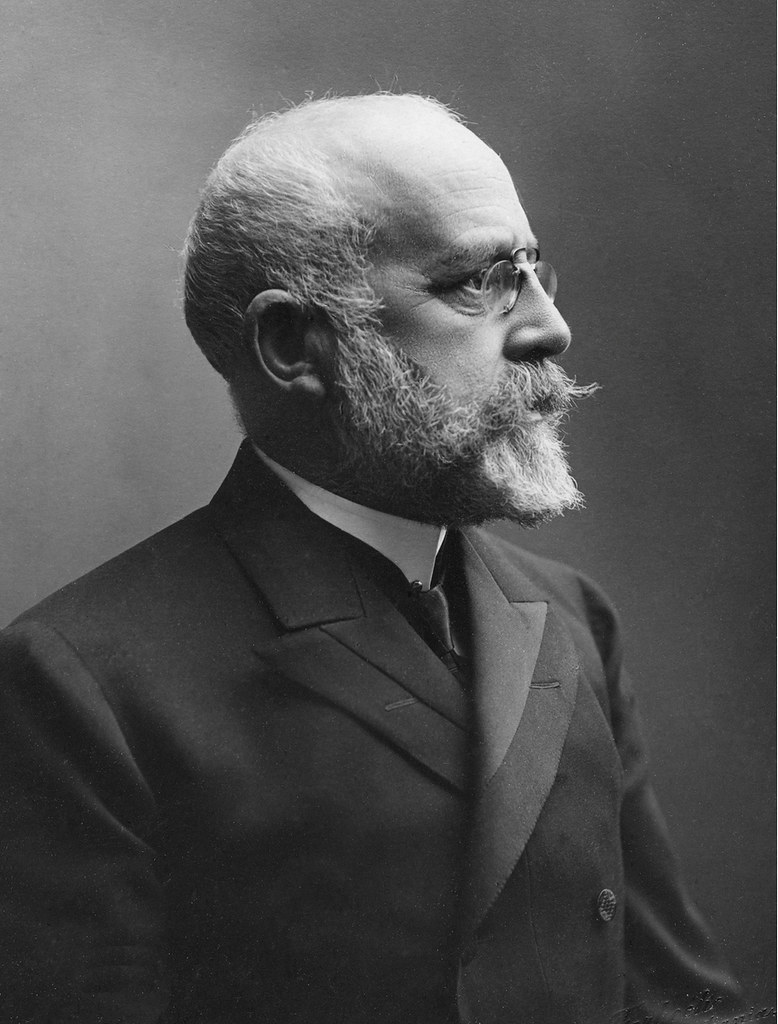 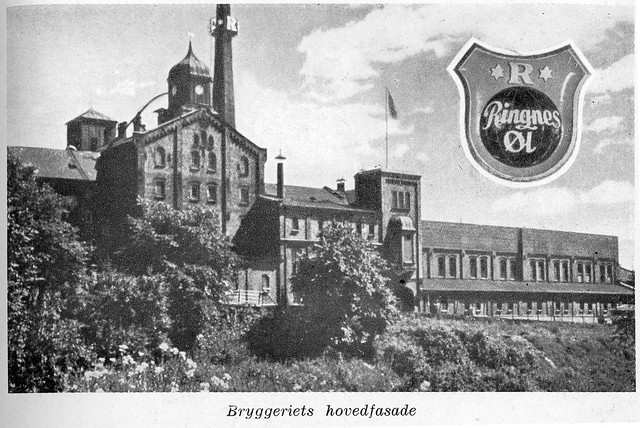